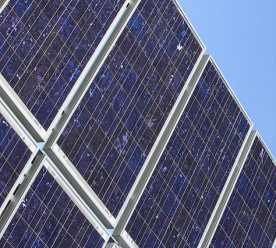 The UK government has issued a final warning to businesses to report their gender pay gap by midnight as it emerged that the Conservative party did not plan to voluntarily file its own figures until a day after the deadline. Amber Rudd, minister for women and equalities and home secretary, said there was no excuse for businesses not to be transparent as the deadline approached and warned them that refusing to report was breaking the law. Public sector organisations, including government departments, schools, universities and hospitals, must report by 30 March every year. This year 97% did so on time. Action the Equality and Human Rights Commission can bring against companies who fail to comply with the midnight deadline on the 4th of April 2018 include court orders and unlimited fines. (Guardian)

Citigroup and Goldman, two top Wall Street banks, are facing pressure from shareholders to say more about their lobbying of public officials, amid persistent concern over “dark money” spending within Washington D.C. At Citigroup’s annual meetings investors will vote on a proposal from CtW Investment Group for the bank to provide an annual report on its lobbying activities – this report would break down payments for direct lobbying and those for indirect lobbying through trade associations. Similarly, a resolution filed against Goldman Sachs by the Unitarian Universalist Association, the Benedictine Sisters of Monasterio Pan de Vida and the Missionary Oblates of Mary Immaculate, requests more information on the bank’s lobbying policies and payments. Both Citi and Goldman disclose total figures for federal lobbying, but neither provides detail on state-level lobbying nor their memberships of trade associations, which spend tens of millions of dollars each year to shape public policy. (Financial Times*)

Facebook has announced that it removed more than 200 Facebook pages and Instagram accounts controlled by the Internet Research Agency (IRA), the Russian organisation that meddled in the US 2016 presidential election. The majority-Russian-language pages and accounts mostly targeted Russians, Ukrainians and other former Soviet states, and had amassed roughly 1.5 million followers across Facebook and its Instagram unit. Facebook said it removed the accounts and pages because the Internet Research Agency has lied about its identity in creating accounts, including some that appeared to be American around the election. Facebook’s chief security officer Alex Stamos has said in a blog post that the content of the majority-Russian accounts was not problematic and included entertainment and posts praising Russian President Vladimir Putin and the beauty of Russian cities. The IRA accounts also spent around $167,000 on Facebook and Instagram ads since January 2015, according to Stamos’s blog post. (The Washington Post)

EU carbon market emissions increased in 2017, for the first time in 7 years

Emissions regulated under Europe’s carbon market rose for the first time in seven years in 2017 due to stronger industrial output according to data published by the European Commission. Around 45 percent of the European Union’s output of greenhouse gases is regulated by the Emissions Trading System (ETS), the bloc’s flagship policy to tackle global warming by charging for the right to emit carbon dioxide. According to analysts’ interpretations of the data emissions totalled 1.756 billion tonnes of CO2 equivalent in 2017 for companies under the ETS, excluding airlines, up 0.3 percent on the previous year. Capped emissions from power and heating generation fell by 1 percent, but the overall figure was lifted by a 1.8 percent rise in emissions from industry. Following a review of the preliminary data, and an estimated increase in emissions from aviation of 6.1 percent, analysts believe that total EU ETS emissions were 1.821 billion tonnes – up 0.5 percent year-on-year. (Reuters)

Saudi Arabia has announced plans to work with Japanese-based SoftBank to build a massive solar project in the desert, which could be worth up to $200 billion. The unprecedented project will vastly increase Saudi Arabia’s renewable energy capacity, which currently remains limited despite the country’s large supply of sunshine. The deal means up to 200 gigawatts (GW) of solar power could be built within the Kingdom by 2030, an amount which would vastly dwarf current projects with the largest solar farms to date being between 1-2GW. Saudi Arabia announced earlier in 2018 plans to expand renewable power by 4GW within the year, utilising a mixture of solar and wind farms, and have also signed a clean energy agreement with the UK to help share knowledge and expertise to accelerate their transition to a low-carbon economy. (Climate Action Programme)