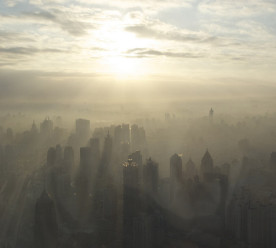 Check out our latest blog!

Cathy Moscardini highlights that 44 FTSE 100 companies are still to report their gender pay gap. Check out the blog here.

Despite resistance from top pharma companies, shareholders are set to vote on resolutions seeking more information about potential links between executive pay and rising drug prices. Several drug industry players resisted the proxy vote, but the Security and Exchange Commission ruled in favour of the Interfaith Centre on Corporate Responsibility (ICCR) filings last year. AbbVie, Amgen, Biogen, Bristol-Myers Squibb and Eli Lilly shareholders now have the right to vote on these issues. ICCR argues that if pharmaceutical executive pay packages are based on short-term metrics such as earnings per share or revenue increases, company leadership might lean on price hikes for growth. Over time, the strategy carries regulatory and reputational risks, according to the group. Donna Meyer, director of shareholder advocacy at Mercy Investment Services, has suggested that transparency on the issue could lead to changes in compensation structures and “actual changes in the way they price drugs.” (Fierce Pharma)

Walmart have launched a programme to help its Chinese suppliers cut emissions of climate-warming greenhouse gases by 50 million tonnes each year by the end of the next decade. The move is part of a bigger push by the US retailing giant that aims to remove 1 billion tons of carbon dioxide from its global value chain by the end of 2030, equivalent to taking 211 million vehicles off roads for a year. Walmart said it had created a specific program for China that would begin with around 100 major Chinese suppliers and provide tools to measures emissions and set targets, the aim being to eventually expand the program to its entire China supply chain. Walmart has already enrolled 800 Chinese factories into an energy efficiency program launched in 2014, helping them to cut costs by $40 million a year. (Reuters)

Report: Mexico private security boom has increased corruption and use of force

Rapid growth in private, unregulated security companies in Mexico has contributed to corruption, human rights abuses and excessive use of force. According to a new report by the Inter-American Dialogue, a Washington DC based think tank, lawlessness fuelled by organised crime and corruption has spurred demand for private security services – most of which operate outside government regulation. Red tape means registering a security company can be difficult and expensive, but there is little government enforcement of the rules, making it easy for small firms to spring up offering protection services. Even those companies that are registered have little incentive to follow the rules, according to the report, because the government rarely punishes those that commit abuses or lose track of firearms, which can end up in the hands of criminals. (Reuters)

The UK has reversed its opposition to tough EU recycling targets and will now back a goal of recycling two-thirds of urban waste by 2035. The nation’s recycling rate has stalled and is set to miss the current target of 50 percent by 2020. In January 2018 the government announced that despite its pledge to develop “ambitious new future targets and milestones”, it was opposing strong new EU recycling targets. Ministers now say they will support the targets, which are part of the EU’s circular economy package and are likely to be voted on in April 2018. The measures will also require that waste going to landfills is cut to 10 percent by 2035 – with the current UK rate being 23 percent. UK officials said the EU directive targets will be transferred into UK law if passed before the UK leaves the bloc. The UK government will then explore even more ambitious targets, they said. (Guardian)

Facebook to limit use of data brokers for ad targeting

Facebook is conducting a broad review of all its data practices and taking a more conservative stance on some policies, including those that may limit advertisers’ ability to target users on the social network. As a part of the changes that will be rolled out over the next few weeks, Facebook has said that it will no longer let advertisers use information from third-party data brokers, like Acxiom and Epsilon Data Management, to target ads. “We believe this step, winding down over the next six months, will help improve people’s privacy on Facebook,” Graham Mudd, Facebook product marketing director, said in a statement about the change in policy on data brokers. The company declined to give details on the larger review of its practices. (Bloomberg)