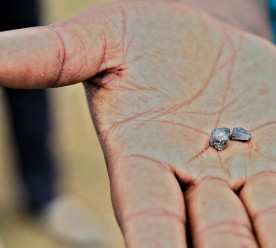 Uber has agreed to sell its south-east Asian operations to Grab, withdrawing from another fast-growing region as it has previously done in China and Russia, to end a war of attrition with a fierce local rival. Under the agreement, Grab will acquire all of Uber’s operations in a region of 620 million people, including food delivery service UberEats. Uber in return gets a 27.5 percent stake in Grab and its chief executive officer will join the board of the Singapore-based company. The cease-fire marks a victory for Grab as well as SoftBank Group, the biggest shareholder in both companies. For San Francisco-based Uber, pulling out of running its own business in south-east Asia cuts back on losses ahead of a planned initial public offering in 2019. (Bloomberg)

Opinion polls published on Sunday in the US and Germany cast doubt over the level of trust people have in Facebook over privacy, as the firm ran advertisements in British and US newspapers apologising to users in the wake of the Cambridge Analytica data leak scandal. A Reuters/Ipsos online poll found that 41 percent of Americans trust Facebook to obey laws that protect their personal information, compared with 66 percent who said they trust Amazon, 62 percent who trust Google, 60 percent for Microsoft. Facebook shares tumbled 14 percent following the acknowledgement of the data leak, with the hashtag #DeleteFacebook having gained traction online. Facebook founder and chief executive Mark Zuckerberg has apologized for “a breach of trust” in advertisements placed in papers including the Observer in Britain and the New York Times, Washington Post and Wall Street Journal. (Reuters)

Activist shareholders in Royal Dutch Shell are preparing for a renewed push for the company to adopt more ambitious goals for tackling climate change. Shell is expected to face a shareholder resolution calling at its annual meeting in May 2018 for a radical shift away from fossil fuels, highlighting mounting pressure on the world’s largest oil and gas companies over their contributions to global warming. Shell has previously announced an “ambition” to reduce its carbon footprint by 50 percent by 2050, including its own emissions as well as those from the use of its products. However, climate activists have disputed Shell’s claim that this goal is in line with the Paris Agreement with an absolute reduction of carbon emissions of 60-65 percent by 2050 thought necessary by the Intergovernmental Panel on Climate Change (IPCC) and the International Energy Agency to prevent global temperatures rising to above 2°C above pre-industrial levels. (Financial Times*)

A pilot scheme to trace the world’s first “ethical cobalt” from small-scale mines in the Democratic Republic of Congo all the way to consumers of electric cars and iPhones is to be launched, potentially allowing companies such as Apple to assure customers that their products are free from child labour and other human rights abuses. The Better Cobalt pilot, overseen by RCS Global, a UK supply-chain audit company, will electronically tag cobalt from five artisanal and semi-mechanised mines in Congo in what it says will be the first systematic attempt to trace the metal along an opaque supply chain. The project is a collaboration between several as-yet-unnamed “global brand” consumer companies, including two car manufacturers, as well as industry participants, including Huayou Cobalt, the world’s largest refiner, whose Congo DongFang Mining supplies Apple, among others. (Financial Times*)

US asks China to reconsider ban on foreign waste

The US has requested that China end its recent ban on receiving garbage from foreign countries, suggesting that it is causing turmoil in the global market. At a trade meeting in Geneva, US representatives said the sudden implementation of the ban in January 2018 hadn’t given the industry time to adjust and risks up to 150,000 jobs in the US alone. There were also suggestions that the ban could be in contravention of World Trade Organisation rules. European Union representatives also made the point that the ban will result in increased environmental damage as companies will be forced to incinerate garbage, or reroute it to places with less facilities for safe recycling. The UK is particularly reliant on China for accepting waste; according to data released by Greenpeace, British companies have exported 2.7 million tonnes of plastic waste to the country over the past five years. (Climate Action Programme)

Image Source: Cobalt by Trocaire on Flickr. CC BY 2.0.