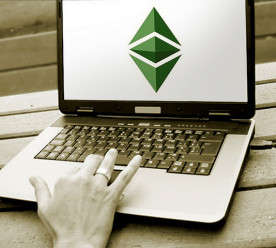 Google will ban online advertisements promoting cryptocurrencies and initial coin offerings starting in June 2018, part of a broader crackdown on the marketing of a new breed of high-risk financial products. Facebook took a similar step in January 2018, leaving the two largest web-ad sellers out of reach of the growing digital-currency sector. The internet-search giant is also restricting ads for financial products including binary options, a risky derivative with an all-or-nothing payoff. Google’s updated policy came with the release of its annual “bad ads” report, a review of the number of malicious, deceptive and controversial ads Google removes from its massive search, display and video network. In 2017, Google said it removed more than 3.2 billion advertisements from the web. (Bloomberg)

Prudential to split into two companies to target Asia

Prudential has announced plans to split its business in two, with one focused on the UK and Europe and the other on international markets including Asia, where it hopes to sell its products to the growing numbers of wealthy consumers. M&G Prudential will be a savings and investment provider in the UK and Europe, while Prudential will be an international insurance group targeting growth opportunities in Asia, the US and Africa. Both firms will be headquartered in London and listed on the London Stock Exchange. Prudential’s shareholders will hold shares in both firms once the demerger is completed. Prudential said the timing of the demerger would depend on several factors, including the completion of the UK annuity sale, and the prevailing market conditions. It will be subject to the usual shareholder and regulatory approval. (Guardian)

A coalition of hospitality firms with a collective annual turnover of more than £14 billion is calling on the industry to drive change in supply chains by treating modern slavery as a critical corporate responsibility. The report, Charting a Course for Collective Action: Addressing Slavery in the Hotel Industry, released by the Shiva Foundation has issued a call to arms for hoteliers to collaborate and use collective purchasing power to reward suppliers that have eradicated or show no signs of human rights abuses within their operations. As well as calling on other hoteliers to join the network, the report recommends that firms be bolder in showcasing commitments to tackling modern slavery. Shiva Hotels, for example, displays modern slavery action plans in the lobbies of its hotels. The report also calls on all companies in the industry, regardless of size, to publish a modern slavery statement. (edie)

MPs have accused the UK government of a “deeply regrettable” failure to put in place strong guarantees that the UK’s Green Investment Bank will continue to support renewable energy after its privatisation. The public accounts committee said it was unclear whether the bank would continue to support the government’s energy policy or climate change goals, because the bank’s new owner is not legally bound to stick to its green aims. The bank was launched in 2012 to spur investment in renewable energy, energy efficiency and other parts of the “green economy”, but was sold by government last year to Australian bank Macquarie for £1.6 billion. In addition, the spending watchdog said the government had sold the bank before assessing its impact, and was unable to say if it had achieved its objectives. The government has defended the sale, saying that it had made £186 million profit for the taxpayer. (Guardian)

The US Environmental Protection Agency’s (EPA) decision to grant a bankrupt Philadelphia refiner relief from biofuel laws drew criticism from the country’s biofuels sector and its allies, who said it sets a bad precedent. The EPA and the Carlyle Group-backed Philadelphia Energy Solutions (PES) refinery agreed on Monday that the refiner will have to satisfy only roughly half of its $350 million in outstanding compliance obligations under the US Renewable Fuel Standard (RFS), which requires refiners to blend biofuels such as ethanol into their fuel or buy credits from those that do. The company, which lacks blending facilities, entered into bankruptcy owing 467 million credits from 2016 and 2017, with only 210 million credits in hand. This settlement is thought to be a temporary reprieve from their financial troubles, and is likely to protect 1,100 jobs. (Reuters)

The 17th Annual Responsible Business Summit Europe will host multiple sessions, interactive debates and innovative case studies from C-Suite executives. These include the Bill & Melinda Gates Foundation, Enel and Zurich on identifying partners that will enable your vision for large-scale change as well as Canon, Thai Union and Nestlé on educating the whole business on positive impact-driven strategy. Thérèse Coffey MP, Parliamentary Under Secretary of State for the Environment, UK Government will also share the Government’s vision to take a leadership approach to environmental and sustainable stewardship in Britain post-Brexit (London, 13-14 June).