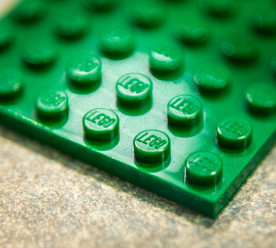 Spanish bank BBVA has promised to direct $100 billion of finance into green energy projects and other sustainable development areas by 2025. The Madrid-based lender is also the first large bank to publish the proportion of its balance sheet that is exposed to carbon-related assets, which amounted to €23.4 billion, or 3.4% of total assets, at the end of December. BBVA said it would adopt the recommendations of the G20’s Task Force on Climate-Related Financial Disclosures (TCFD), which has established voluntary standards for reporting financial risks created by changes to the climate. Campaign group ShareAction said the move was a “huge step forward in a short space of time”, but criticised BBVA’s continued financing of coal mines and other fossil fuel projects. (Financial Times*)

Join us in London, 20 March: Join our workshop, Getting to grips with climate risk: What do the G20’s TCFD recommendations mean for company reporting in the UK? , with speakers from CDSB and Landsec.

JP Morgan Chase chairman and chief executive Jamie Dimon has denounced annual shareholder meetings as “a complete waste of time”. Mr Dimon’s comments, delivered at the US bank’s annual investor day on Tuesday, are likely to stir debate over the usefulness of shareholder meetings, which tend to be the only opportunity for retail investors to connect with top managers. In recent years, executives at several big banks have been unnerved by encounters with interest groups that gain admission to meetings by buying, or borrowing, a small number of shares. Mr Dimon added that the meetings had become “a joke… hijacked by people who have only political interests and don’t have any interest in the future health of the company”. (Financial Times*)

First sustainable Lego pieces to go on sale in 2018

The first Lego pieces made from plant-based plastic sourced from sugar cane will go on sale this year, with the production of a range of Lego botanical elements made entirely from plant-based plastic having already begun. The move is part of Lego’s commitment to use more sustainable materials in its core products and packaging by 2030, aiming to replace its current fossil-fuel based raw materials. The new material has been tested to ensure it meets Lego’s own high standards as well as consumer expectations. The polyethylene elements, however, will amount to only 1-2% of the total amount of plastic elements produced by the family-owned toymaker. (Guardian)

FedEx and UPS clash over relationships with NRA

UPS has stated that it is not a sponsor of the NRA, and that it does not offer a special discount for NRA members. This follows accusations from competitor FedEx – itself fielding criticism from activists for standing by its NRA shipping discount – that UPS has a relationship with America’s top gun lobby. UPS said that it does not disclose the terms of its customer contracts and that “UPS provides highly competitive commercial terms”. The NRA has become a controversial partner for many companies in the wake of the high school shooting in Parkland, Florida earlier this month, which left 17 people dead. (CNN Money)

Uber is launching a new service that will allow US hospitals and doctors to book rides for their patients. The new Uber Health dashboard, which has been tested by a beta group of about 100 hospitals and doctors’ offices since July, will allow medical and administrative staff to either call an Uber to the office to drive a specific patient home, or to dispatch an Uber to the patient’s house, with the option to schedule it up to 30 days in advance. Citing studies, the company says missed doctors’ appointments cost the health-care system $150 billion each year, and that 3.6 million Americans miss or delay appointments due to a lack of reliable transportation. (Atlantic)