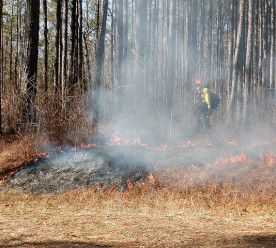 Two of the US’s leading gun sellers, Walmart and Dick’s Sporting Goods, took steps on Wednesday to limit their sales of firearms, placing themselves into the middle of a polarising national debate over gun control. Walmart, the biggest gun seller, announced that it would not sell any gun to anyone under 21 years of age. It also said it would no longer sell items resembling assault-style rifles, including toys and air guns. Dick’s said it was immediately ending sales of all assault-style rifles in its stores and that it would no longer sell high-capacity magazines and would also require any gun buyer to be at least 21, regardless of local laws. The dual announcements, made two weeks after 17 students and staff members were killed in the school shooting in Parkland, Florida, were among the most significant actions taken on guns by corporate America. Both retailers said their decision were a response to the shooting. (New York Times)

Report: Boards still struggle with understanding the culture of their organisations

A new Board Briefing published today by the Institute for Business Ethics (IBE) reveals the results of a survey into the information boards currently receive, how they consider it and how they report on culture to the outside world. The report, Culture Indicators: understanding corporate behaviour, authored by Peter Montagnon – IBE’s Associate Director, found that boards do discuss culture and receive a lot of relevant information, especially when it comes to whistleblowing . However, the survey also suggests that boards appear to pay relatively little attention to some issues that might provide important insights on culture, with two fifths of boards not receiving information on customer satisfaction, while only 20% receive data on the supply chain relationship. “It is important to join up the dots. A company whose staff, suppliers and customers are all broadly happy is likely to have a robust culture. But if even if only one of these groups is unhappy, the risk of ethical problems is high,” concludes Montagnon. (IBE)

Marks & Spencer, H&M and ASOS are among the global companies that have agreed to incorporate new measures into sourcing policies for textile fibres, after a new report linked Tesco, Asda and Next to Asian viscose factories that are polluting the environment and contributing to premature deaths. The Changing Markets Foundation has today released an update to its Dirty Fashion report, which concluded that the production of viscose – a staple plant-based fibre used widely in the textile industry – at two factories in India and Indonesia were contributing to illness, premature deaths and environmental devastation. The report found that the sites were riddled with “visible and strong-smelling pollution”, including dark red water. Water tests at one of the plants found that carbon disulphide – the toxic chemical used in viscose production – levels were 125 times the World Health Organization (WHO) guideline value. (edie)

Brazil’s Supreme Court on Wednesday upheld major changes to laws that protect the Amazon and other biomes, reducing penalties for past illegal deforestation in a blow to environmentalists trying to protect the world’s largest rainforest. Congress agreed to sweeping revisions in the law in 2012 that included an amnesty program for illegal deforestation on “small properties” that occurred before 2008 and reduced restoration requirements in others, with the changes effectively reducing deforested land that must be restored under previous rules by 112,000 square miles. Environmentalists said that the revised laws, known collectively as the forest code, would create a culture in which illegal deforestation is acceptable. Farmers and the agriculture lobby argue that the new laws allowed for continued growth of the sector key to the Brazilian economy, without bogging it down in adjudicating crimes of the past. (Reuters)

Shoppers in the Netherlands will now be able to visit Europe’s first plastic-free supermarket aisle in what campaigners claim is a turning point in the war on plastic pollution. Shoppers will be able to choose from more than 700 plastic-free products, all available in one aisle of the Amsterdam branch of the Dutch supermarket chain Ekoplaza. The company says it will roll out similar aisles in all of its 74 branches by the end of the year. This move comes amid growing global concern about the damage plastic waste is having on oceans, habitats and food chains.  Ekoplaza chief executive, Erik Does, said that “We know that our customers are sick to death of products laden in layer after layer of thick plastic packaging. Plastic-free aisles are a really innovative way of testing the compostable biomaterials that offer a more environmentally friendly alternative to plastic packaging.” (Guardian)