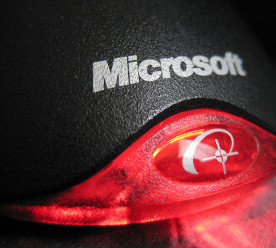 A rule requiring US public companies to disclose the ratio between the pay of their CEO and that of their median employee comes into effect this year. Part of the Dodd-Frank legislation created in the aftermath of the financial crisis, the rule had been threatened with repeal under President Trump, but ultimately remained unscathed. In recent weeks, a few public companies have begun disclosing a ratio. Many more will be unveiled over the next few months as annual reporting season gets underway. At industrial giant Honeywell the ratio is 333 to 1. At Teva Pharmaceuticals it is 302 to 1, and at the regional bank Umpqua Holdings, it is about 55 to 1. Companies, however, are most concerned about how staff will react to the disclosure of the compensation of median pay. “We all want to be above average. When you’re not, that impacts job satisfaction, engagement and performance,” says David Wise, a senior client partner at Korn Ferry. (Chicago Tribune)

The US Supreme Court will wade into a major privacy rights fight between Microsoft and the Justice Department, weighing whether US law allows prosecutors to compel technology companies to hand over data stored overseas. The nine justices will hear arguments in a case that pits the interests of tech companies and privacy advocates in safeguarding customer data against the demands of law enforcement. The case began with a 2013 warrant obtained by prosecutors for emails that were stored in Microsoft computer servers in Dublin. The Justice Department said because Microsoft is based in the US, prosecutors were entitled to the data. Other companies including IBM, Amazon, Apple, Verizon and Google have filed court papers backing Microsoft whilst 35 US states support the position of the Justice Department. (Reuters)

Purpose drives growth, according to a study of UK B Corps, which finds B Corp-certified businesses growing 28 times more quickly than national economic growth. B Corp says the research offers “the first quantifiable evidence” that B Corp certification can drive financial success. UK B Corp FMCG brands grew on average 21% in 2017, compared to a national average of 3% across their respective sectors. 150 UK businesses have certified as B Corps since the certification launched in the UK in 2015, including household names like Ben & Jerry’s, Pukka Teas and Divine Chocolate. Earlier this month, Danone announced the certification of its dairy business in the UK. The two drivers for B Corp growth, says the organisation, are increasing demand for purpose-led brands from consumers, and employees seeking out organisations who are driven by purpose beyond profit. (Digital Agenda)

Coal India, the world’s largest coal producing company, has admitted that renewables could soon become the dominant energy supplier in India. In its recent Coal Vision 2030 policy document, the company sets out the main challenges to the coal industry over the next decade. It cites the development of solar PV and energy storage as key changes in the market along with a continued slump in global coal consumption. It states that India’s commitment to the Paris climate agreement and the rapid growth in renewables are threatening the sector. The Indian Government aims to triple the amount of renewable energy capacity over the next four years alone. (Climate Action Programme)

Driverless cars given green light to operate in California

California has approved broad new rules allowing driverless cars that do not require a human operator to sit behind the wheel, in a long awaited win for Silicon Valley lobbyists. On Monday the state’s Department of Motor Vehicles was given the green light to allow car manufacturers and tech companies to test and deploy autonomous vehicles without a “natural person” inside the car. Until now, a human had always been present to take over in the event of emergency, a requirement that pushed some Silicon Valley companies to start testing outside their home state. Some safety campaigners opposing the new scheme argue it could turn California’s roads into a potentially lethal “video game”. (Financial Times*)

Image Source: Microsoft Mouse by Laura on Flickr. CC BY 2.0.