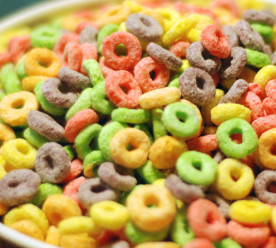 The Ethisphere Institute has announced its annual list of the World’s Most Ethical Companies, spanning 23 countries and 57 industries. The 135 global companies on the list include Dell, GE, Grupo Bimbo, L’Oréal, Mars, Microsoft, Natura, Singtel, Starbucks and Volvo. The assessment is based on Ethisphere’s ‘Ethics Quotient’ framework, which scores companies across five categories: ethics and compliance program (35 percent), corporate citizenship and responsibility (20 percent), culture of ethics (20 percent), governance (15 percent), and leadership, innovation and reputation (10 percent). All companies who participate in the assessment process receive their scores, providing them with insights into how they stack up against leading organisations. (Ethisphere)

The Chilean government is waging war on unhealthy foods with a phalanx of marketing restrictions, mandatory packaging redesigns and labelling rules aimed at transforming the eating habits of 18 million people. Laws introduced two years ago prohibit the sale of junk food in Chilean schools and have forced companies to remove cartoon characters – such as Nestlé’s Nesquik bunny and Mars’s M&Ms characters – from sugary products. Beginning next year, junk food adverts will be prohibited entirely between 6am and 10 pm. In an effort to encourage breastfeeding, a ban on marketing infant formula kicks in this spring.

The linchpin of the initiative is a new labelling system that requires companies to prominently display black warning logos on items high in sugar, salt, calories or saturated fat. Felipe Lira, the director of Chilealimentos, an industry association, said the labels were confusing and “invasive”. PepsiCo and Kellogg’s have gone to court, arguing that the regulations infringe on their intellectual property. But the laws have had an impact – according to AB Chile, a food industry association, food companies have voluntarily reformulated more than 20 percent of products to avoid the dreaded black logos. Last month, Coca-Cola began advertising new versions of Sprite and Fanta with the tagline “Free of Logos, Equally Rich”. (New York Times)

Heineken has unveiled a new environmental programme that will see the world’s second-largest brewer increase renewable energy production, set science-based targets across distribution, cooling and packaging, and pilot an internal carbon pricing scheme. The ‘Drop the C’ programme aims to grow the company’s share of renewable energy production from 14 to 70 percent by 2030. New emission goals will be verified by the Science Based Targets Initiative. Heineken already owns one of the largest solar-operated breweries in the world, in Massafra, Italy, and has begun experimenting in Vietnam with using biomass from local farmers to heat boilers. As part of its 2030 targets, Heineken will continue to promote reforestation projects to offset carbon emissions and support water preservation. (Sustainable Brands)

Uber is setting up an advisory board of five drivers in every UK city in which it operates in an effort to improve the company’s accountability. The new programme, called UberENGAGE, will allow each panel to meet with senior Uber staff every month to discuss feedback, suggestions and improvements to the service. Uber is then required to submit a detailed response to their findings, giving drivers a greater say in how the company is run, Uber said. The programme is set to begin in the UK, and if successful will be rolled out to other countries. The programme is launched in the wake of the government’s Taylor Review, which last year highlighted the need for an overhaul in employment law designed to protect those working in the gig economy in the UK. (iNews)