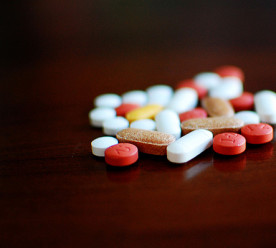 More than 120 workers from charities, including Oxfam, accused of sexual abuse in the last year

More than 120 workers from a range of Britain’s leading charities have reportedly been accused of sexual abuse in the past year alone. New figures collated by the charities revealed that Oxfam recorded 87 allegations of sexual misconduct between April 2016 and March 2017, of which 53 were referred to the police; Save the Children had 31, ten of which were referred to the police, and Christian Aid two. The new statistics come as Oxfam was forced to deny covering up the use of prostitutes by its aid workers in Haiti, with it suggested that children may have been among those sexually exploited by aid workers. The UK Government has announced it is reviewing all of its work with Oxfam, which receives £300 million a year. Penny Mordaunt, the International Development Secretary, described the news as “shocking” and has threatened to withdraw funding from Oxfam and “any other organisation that has safeguarding issues”. (Independent)

Unilever threatens to pull ads from Facebook and Google

Unilever, the world’s second-biggest marketing spender, is threatening to pull its advertising from digital platforms such as Google and Facebook if they “create division”, foster hate or fail to protect children. Keith Weed, Unilever’s chief marketing officer, has stated that “We will prioritise investing only in responsible platforms that are committed to creating a positive impact in society.” Mr Weed has likened cleaning up the digital supply chain to the steps Unilever has taken to find sustainable sources of the agricultural materials it uses. He urges the tech industry to stop “sleepwalking” and tackle the erosion of trust online associated with the increased prevalence of fake news. (Financial Times*)

Purdue Pharma to stop promoting opioid drugs to US doctors

Purdue Pharma, manufacturer of the painkiller OxyContin, announced this week that it will stop promoting its opioid drugs to doctors after years of criticism and mounting lawsuits. The company has informed its employees that it is cutting its sales force in half, with the remaining 200 US representatives to no longer visit doctors’ offices to discuss opioid products. The company is facing dozens of lawsuits from cities across the country with the plaintiffs seeking to hold the company financially responsible for a raging opioid epidemic. Brandeis University researcher Dr. Andrew Kolodny has said “Millions of Americans are now opioid-addicted because the campaign that Purdue and other opioid manufacturers used to increase prescribing worked well. And as the prescribing went up, it led to a severe epidemic of opioid addiction.” It is unknown whether Purdue will continue to market the drug to doctors outside the US through its international arm – Mundipharma. (Los Angeles Times)

Barclays has been charged a second time by UK authorities over its 2008 emergency fundraising when it took cash injections from Qatari investors to avoid a government bailout. The UK’s Serious Fraud Office has brought a single charge of unlawful financial assistance against Barclays’ subsidiary, Barclays Bank, regarding a $3 billion loan Barclays made to the state of Qatar in November 2008 around the same time that Qatari investors contributed to the bank’s fundraising. While charges against Barclays Bank had been mooted since the SFO first charged the parent company and some of its former executives with fraud last June, the move raises fresh challenges for the bank since it is at this level of the group’s organisational structure that banking licences and regulatory authorisations are issued – dependent on the financial regulator deeming the company “fit and proper”. (Financial Times*)

The Seafood Slavery Risk Tool – created by the Monterey Bay Aquarium Seafood Watch program in partnership with Liberty Asia, Seafish and the Sustainable Fisheries Partnership (SFP) – is a new tool that allows businesses to assess the potential risk of forced labour, human trafficking and child labour in fisheries. It produces a rating indicating the likelihood that human rights violations are occurring on fishing boats in a specific fishery – with the ratings derived from credible, publicly available sources. Organisations can use the tool to identify seafood sourced from fisheries that have these issues and take steps to address them. Human rights abuses in the global seafood supply chain are increasingly coming under public scrutiny, but up until recently, there have been no readily available resources for businesses to use to begin addressing them. (Sustainable Brands)

Image Source: Pills by Jamie on Flickr. CC BY 2.0.