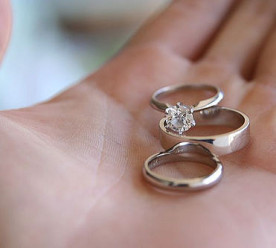 Some of the world’s leading jewellery companies are failing to ensure that their gold and diamonds are mined ethically, says Human Rights Watch (HRW), despite two decades of efforts to clean up the industry. While progress has been made restricting so-called “blood diamonds”, leading brands such as Boodles, Rolex, Cartier and Bulgari are failing to ensure that all their gems are not associated with broader human rights abuses. The report, The Hidden Cost of Jewellery, comes amid growing concerns about child labour in global supply chains, especially in the resource-rich Democratic Republic of Congo, which has large deposits of gold, copper, diamonds and cobalt. 13 major jewellery brands, accounting for around 10 percent of global sales, were ranked on their responsible sourcing by HRW. None received a top score of “excellent”, with most leading jewellery companies unable to trace all of their gold and diamonds to individual mines. (Financial Times*)

The UK government has launched a crackdown on unpaid internships, sending more than 550 warning letters to companies and setting up enforcement teams to tackle repeat offenders. It will also issue guidance to employers outlining when they are legally obliged to pay at least the national minimum wage. Whilst minimum wage legislation made many unpaid internships illegal, the government recently admitted that there had been no prosecutions. The government has now promised to review the existing policy and legal framework and consider what other action can be taken. Business minister Andrew Griffiths said: “No one should feel like they have to work for free to get the skills and experience they need to get ahead.” (The Guardian)

AT&T, the world’s largest telecoms firm, has announced one of America’s largest ever corporate green energy purchases, with a move to purchase power from wind projects totalling 520MW in capacity. Arranged through two agreements with subsidiaries of renewable operator NextEra Energy, the purchase marks a significant step towards AT&T’s goal of enabling carbon savings ten times the size of its carbon footprint. The power will come from two wind projects in Oklahoma and Texas. As a part of its carbon goal AT&T said it is also working with its customers and suppliers to drive energy savings and clean energy adoption. Scott Mair, president of AT&T Operations, said that “Many companies are focused on their own carbon footprint but we believe our industry can do more… We will continue to explore renewable energy solutions to help create a better, more sustainable world.” (Business Green)

India’s antitrust watchdog has imposed a $21.17 million fine on Google for “search bias” and abuse of its dominant position. The Competition Commission of India (CCI) found that Google through its search design had placed its commercial flight search function at a prominent position on the search results page to the disadvantage of businesses trying to gain market access. However, the CCI said it did not find any contravention in respect of Google’s specialised search design, AdWords and online distribution agreements. This fine follows one of $3 billion imposed by The European Commission on Google last year for favouring its shopping service and demoting rival offerings, which Google has appealed against. (Reuters)

The Church Investors Group (CIG) has warned some of Britain’s biggest companies it intends to take a hard line over failings on executive pay, gender diversity and climate change in the forthcoming annual meeting season. The group, which represents church organisations with combined investment assets of about £17 billion, has told companies listed on the FTSE 350 index it will refuse to re-elect directors at firms failing to make sufficient progress in these key areas. This includes CIG members voting against all directors on the committee if the proportion of women on the board drops below 25 percent – with a total of 170 firms currently failing to surpass this figure including BP, Barclays, Prudential and Just Eat. (The Guardian)