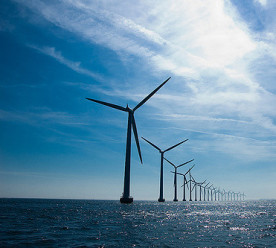 The Federal Reserve has imposed unusually harsh penalties on Wells Fargo, punishing it for years of misconduct and barring it from future growth until the bank fixes its problems. The central bank blasted Wells Fargo’s board for failing to oversee the bank, and announced that the company would replace four members of its 16-person board by the end of the year. The decision follows revelations over the last two years that Wells Fargo had deceived its customers by opening dummy accounts in their names and forcing some to take out unnecessary auto insurance. The penalties placed on Wells Fargo are uncommon with the Fed’s regulators having not previously imposed strict limits on a major bank’s growth. It is thought that Wells Fargo officials expect to get the restrictions lifted within the next year, minimising the financial impact of the penalty. (New York Times)

A report published by the High-Level Expert Group on Sustainable Finance has outlined the need for the EU to draw up clear criteria for sustainable investing and green bonds. Although green bond issuance is at a record high, a lack clear definition has left the sector open to accusations of greenwashing and made some investors wary of committing funds. Other recommendations made in the Financing a Sustainable European Economy report include the suggested establishment of a European Green Infrastructure Bank, strengthening ESG and climate change risk reporting requirements and the endorsement and implementation of guidelines from the Task Force on Climate-Related Financial Disclosures (TCFD) at EU level. The expert group has called on policymakers to look beyond the short-term suggesting that “Sustainability cannot develop in a context where investment is dominated by short-term considerations.” (Financial Times*, CDSB)

Barron’s release first ranking of the 100 most sustainable companies

Barron’s have released their first ranking of the 100 most sustainable companies in the US, utilising research conducted by Calvert Research and Management. In establishing the ranking, of which Cisco Systems topped, Calvert looked at 300 performance indicators across five categories: shareholders, employees, customers, planet, and community. For each category the 1,000 largest publically-held companies, by market value and excluding real estate investment trusts and master limited partnerships, were ranked zero to 100 with the weighting of each category adjusted for how material it was for each industry – providing each company with a weighted average score. Cisco Systems were followed closely by salesforce.com and Best Buy with Intuit, HP, Texas Instruments, Microsoft, Oshkosh, Clorox and Xylem completing the top 10. (Barron’s)

UNICEF has launched a futuristic pilot project to utilise the cryptocurrency Ethereum to raise money for Syrian children. The scheme is part of wider efforts by UNICEF and other UN agencies to find uses for blockchain technology to revolutionise not only how aid organisations raise money but also to increase transparency in their financial transactions. UNICEF’s Game Chaingers scheme recruits gamers to use the processing power of their computers to “mine” the currency for Syrian children. According to UNICEF, one key benefit of utilising blockchain technology is that it allows organisations to send payments directly to contractors without the need for intermediaries with 30% of UN aid budgets currently lost to corruption. (The Guardian)

UK built half of Europe’s offshore wind power in 2017

Britain accounted for more than half of the new offshore wind power capacity built in Europe last year, as the sector broke installation records across the continent. In total the UK installed 53% of the net 3.15GW of capacity installed across Europe, which beat the previous record of 2015, according to industry body WindEurope. The average capacity of the 500-plus turbines connected to the grid was up by more than a fifth on the year before, with 17 windfarms on average a third more powerful. At present, there is a cumulative capacity of 15.78GW of offshore wind, which is predicted to reach 25GW by 2020. Longer term, the UK is expected to retain its top spot by 2030, followed by Germany, the Netherlands, and France taking fourth spot from Denmark as it invests in floating turbines. (The Guardian)

Join Us To Reimagine Strategy. The Palladium Positive Impact Summit 2018 will explore how economic and social value can be placed at the heart of your strategy, welcoming progressive and ambitious leaders from across the world. Dr Robert Kaplan and George Serafeim will examine Palladium’s new ground-breaking roadmap for implementing strategies that focus on the critical components of transformational change: sustainable supply chains, access to difficult to reach markets, and bridging the skills gap.