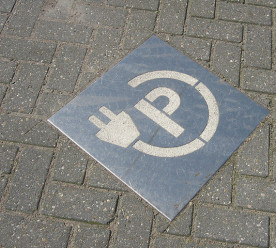 Amazon have announced plans to enter the US healthcare industry by teaming up with Berkshire Hathaway and JP Morgan Chase to form a company dedicated to lowering costs, in a move that wiped billions of dollars from the market value of the sector’s biggest participants. The online retail giant said it would join forces with Berkshire & JP Morgan to form a not-for-profit healthcare group charged with reducing bills for their almost 1 million employees and “potentially all Americans”. This move came after months of speculation that Amazon was about to enter the healthcare industry with the chief executives of the three companies signalling that the venture was still in its early stages but insisting they felt compelled to act by spiralling healthcare costs that were eating into family budgets. (Financial Times*)

Union leaders have accused UK Mail of trying to force through “draconian” new contracts that they claim would cut delivery drivers’ pay by £2,000. UK Mail, which delivers parcels for M&S, House of Fraser, eBay and Argos, is said to have told workers at more than 50 depots to sign new contracts in which they would be paid per delivery rather than time worked. Union leaders said that the new contracts meant that drivers could lose up to £2,000 a year. Mick Rix of the GMB Union, which represents some of the 2,000 workers affected, accused the company of adopting “draconian” measures and warned it to drop the change or “face the consequences”.  UK Mail suggest, however, that due to increases in volumes of parcels delivered by each courier the overall amount earned will on average go up. (The Times)

BP will add rapid charging points for electric cars at its UK petrol stations within the next two months, in the latest sign of an oil giant adapting to the dramatic growth of battery-powered cars. The British oil firm’s venture arm has invested $5m (£3.5m) in the US firm Freewire Technologies, which will provide motorbike-sized charging units at forecourts to top up cars in half an hour. The move follows a bigger move by BP’s Anglo-Dutch rival Shell, which has been on a buying spree of electric car infrastructure companies and has already opened charging points at its service stations. Tufan Erginbilgic, the chief executive of BP Downstream, said: “EV charging will undoubtedly become an important part of our business, but customer demand and the technologies available are still evolving.” (The Guardian)

A group of young Colombians, one as young as seven, filed a lawsuit against the Colombian government on Monday demanding it protect their right to a healthy environment in what campaigners said was the first such action in Latin America. The lawsuit alleges the government’s failure to stem rising deforestation in Colombia puts their future in jeopardy and violates their constitutional rights to a healthy environment, life, food and water. Experts say Colombia’s rainforests are under increasing threat with once no-go conflict areas opening up for development and criminal gangs cutting down trees for illegal gold mining. The lawsuit follows a recent surge in litigation around the world demanding action or claiming damages over the impact of climate change – from rising sea levels to pollution – and calls on the government to halt deforestation in Colombia’s Amazon and to keep to its promises. These promises include a goal of zero net deforestation by 2020 and halting the loss of all natural forest by 2030. (Thomson Reuters Foundation)

Board directors who sign off excessive pay packages are being targeted by big investors, which have stepped up their campaign against unwarranted executive remuneration at the UK’s largest companies. The average vote against the re-election of remuneration committee chairs increased by almost half at FTSE 100 companies in 2017 according to data from the Pensions and Lifetime Saving Association, the trade association made up of more than 1,300 retirement schemes. Investors have traditionally signalled their concerns over high pay by voting against remuneration reports and policies at annual meetings, while board directors have historically enjoyed large support from investors. Whilst high pay has risen up the agenda since the financial crisis, with Theresa May promising to curb excessive pay awards to chief executives, the overall votes against the re-election of remuneration committee chairs have remained low at just 3.37 percent last year in FTSE 100 companies. (Financial Times*)