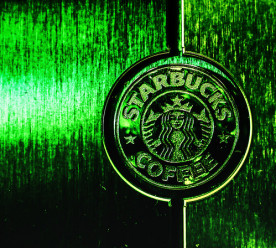 The chief executive of Google has declared he is happy for his company to pay more tax, and called for the existing system to be reformed. Sundar Pichai told an audience at the World Economic Forum in Davos that the tax system needed to be reformed to address concerns that some companies were not paying their fair share. Speaking before the French president, Emmanuel Macron, he challenged tech giants to pay more tax: “As a company we paid, over the last five years, close to 20% in tax. We are happy to pay a higher amount, whatever the world agrees on as the right framework.” The Google chief insisted his company was “open” to any solutions, but argued that global policymakers should take the lead. “We encourage the OECD to actually solve these issues, which would make it much easier for companies to operate.” (Guardian)

Starbucks to boost pay & benefits after US lowers corporate taxes

Starbucks will use some of the savings from the new US corporate tax cuts to give domestic employees pay raises, company stock and expanded benefits with a combined worth of more than $250 million, the company said on Wednesday. With the announcement, the world’s biggest coffee chain joins companies like Walmart, Apple and American Airlines in sharing tax savings with employees. Starting 1st of July, all employees will accrue paid sick leave and time to care for ill family members. It also expanded its parental leave policy for café workers, giving non-birth parents up to six weeks of paid leave when welcoming a new child. Employees say they appreciate the benefits that Starbucks offers, but for many, those perks take a back seat to wages. (Reuters)

Germany threatens curbs on Facebook’s use of user data

Germany is threatening curbs on how Facebook amasses data from millions of users in what would be an unprecedented intervention in the social network’s business model. Andreas Mundt, head of Germany’s main antitrust agency, the Federal Cartel Office, said Facebook could be banned from collecting and processing third-party user data as one possible outcome of an investigation that in December concluded the US tech group was abusing its dominant market position. The investigation focuses on how Facebook lets advertisers target online ads at particular consumers, based on information about the way they surf the internet. There has been criticism of the investigation with Facebook questioning the timing of the investigation, months before the EU implements its General Data Protection Regulation that will require businesses to give customers more information about which companies their data are shared with and to what end. (Financial Times*)

A new report, ‘Approaching the tipping point: how corporate users are redefining global electricity markets’, by RE100 shows that a rapidly growing group of ambitious multinational businesses are actively reshaping the energy market through their global investment decisions and accelerating a zero emissions economy. The report tracks progress made in 2016-17 by companies committed to 100% renewable power with 25 members reaching 100% renewable electricity by the end of 2016 – including Autodesk, Elopak, Interface, Marks and Spencer and Sky reaching this goal during 2016. Policy barriers represent the most common challenge for RE100 companies, with a lack of availability contracts or certificates in some markets also listed in the report as restricting progress. Over all the 122 RE100 members averaged 1.3 times more renewables in their electricity mix than the global rate of renewable electricity use. (The Climate Group)

The anti-slavery commissioner has written to a quarter of the FTSE 100 companies calling for action to tackle modern slavery, suggesting that modern slavery and human trafficking will not be solved without a concerted effort by the private sector. The commissioner suggests that many businesses are currently failing to meet basic requirements outlined in the Modern Slavery Act that requires large companies with a turnover of £36m or more to report on what, if anything, they are doing to address slavery and trafficking in their supply chains. Whilst being critical of companies that have yet to comply the commissioner praises companies such as Marks and Spencer that have taken proactive approaches to tackling modern slavery and frames the UK as being a global leader in combating modern slavery. (Anti-Slavery Commissioner)