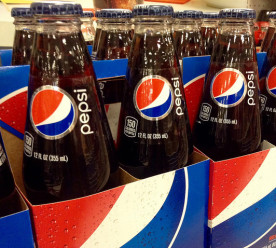 Trust in US institutions has plummeted to new lows as a result of fake news and a lack of rational discourse, according to Edelman’s 2018 Trust Barometer. The general population of the US experienced the largest drop on record in terms of trust in institutions, plummeting nine points. Of the 28 countries surveyed, the US informed public is least trusting in this category at 45 points, dropping 23 from the year before. Businesses, NGOs and media also all saw declines of between 10 and 20 points. The drop was so pronounced, Edelman is calling 2018 “The Battle for Truth”.

Speaking to the media in Davos, Edelman boss Richard Edelman said we were living in a “world without facts” that was “disturbing” people. He said the media had a big job in educating the public, but also said employers had a big role to play in the way they talk to their own staff. He was also asked to describe the new ethics principles he has suggested the PR industry needs to adopt in the wake of Bell Pottinger‘s collapse. “Basically, you shouldn’t take every client,” he said. “We’ve got to get companies to speak up, but speak up in a way that is educating, as opposed to just lobbying.” (PR Week 1, 2)

UK wants to be leader in “safe and ethical” artificial intelligence

Theresa May, the UK prime minister, is to announce at the World Economic Forum in Davos that she wants the UK to lead the world in deciding how artificial intelligence (AI) can be deployed in a safe and ethical manner. She will say that a new advisory body will co-ordinate efforts with other countries, and will confirm the UK’s involvement in the Davos forum’s council on AI. Whilst she will reference the health of the UK’s start-up economy, and say that the UK is first in the world for its preparedness to “bring artificial intelligence into government”, other nations may have stronger claims to such a leadership role. Google recently picked France as the base for a new research centre dedicated to exploring how AI can be applied to health and the environment, while a recent report suggests the US and China are already engaged in a “two-way race of AI dominance”. (BBC)

Food and beverage giant PepsiCo has suspended procurement from a palm oil supplier over claims of labour abuses on its Indonesian plantations, a move hailed by campaigners. A 2016 probe by several campaign groups alleged there are child labour and worker exploitations, such as low wages and hazardous working conditions, on Indonesian plantations operated by Singapore-listed Indofood Agri Resources (IndoAgri). Although IndoAgri has taken action to address the complaints, PepsiCo said it decided to suspend ties “pending further progress and visibility around the issues” after it looked into the allegations. “PepsiCo is very concerned about the allegations that our policies and commitments on palm oil, forestry stewardship and human rights are not being met,” it said in a statement. (Thomson Reuters Foundation)

Last March, AB InBev announced that the brewing of every single bottle of its beer will utilise renewable energy by 2025. By this spring, every bottle of Budweiser brewed in the US will be made with renewable electricity. This week Budweiser is unveiling a new symbol that will feature on each bottle. Every day around the world, 41 million Budweisers are sold, and the company says switching to renewable electricity in its brewing operations is the equivalent of taking 48,000 cars off the road every year. Budweiser’s vice president of global marketing Brian Perkins positioned the move as a seismic shift: “What’s interesting and different about this is that it’s a consumer-facing symbol on the packaging, so when people are getting together for beers all around the world, they’re going to know those beers were brewed with 100% renewable energy.” (Fast Company)

A former Fiat Chrysler Automobiles executive pleaded guilty on Monday in connection with a US probe into accusations that he made at least $1.5 million in improper payments to United Auto Workers union officials. Alphons Iacobelli, who was vice president of employee relations, plead guilty to conspiracy to violate the Labour Management Relations Act and to subscribing a false tax return. Monica Morgan, wife of former UAW vice president General Holiefield who died in March 2015, is also expected to plead guilty. According to the plea agreement, Iacobelli admits to having transferred hundreds of thousands of dollars in prohibited payments to charities controlled by UAW officials as well as authorising the paying off of Morgan & Holiefield’s $262,000 mortgage. (Thomas Reuters)

Image Source: Pepsi by Mike Mozart on Flickr. CC BY 2.0