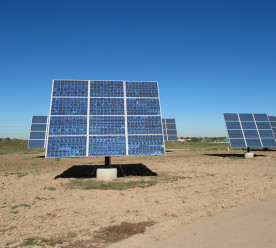 Today the Ellen MacArthur Foundation announced at the World Economic Forum in Davos that the list of leading brands, retailers, and packaging companies working towards using 100% reusable, recyclable or compostable packaging by 2025 or earlier has grown to 11 – Amcor, Ecover, evian, L’Oréal, Mars, Marks & Spencer, PepsiCo, The Coca-Cola Company, Unilever, Walmart, and Werner & Mertz – together representing more than 6 million tonnes of plastic packaging per year. The Ellen MacArthur Foundation is calling for the whole industry to follow their lead. As a second step, industry pioneers must ensure their packaging is being recycled, refused or composted in practice, and is made of recycled content. Paul Polman, CEO Unilever, said: “…as a consumer goods industry, we need to go much further, much faster, in addressing the challenge of single use plastics by leading a transition away from the linear take-make-dispose model of consumption, to one which is truly circular by design.” (New Plastics Economy)

The US has approved controversial tariffs on imported washing machines and solar panels. The move is in line with President Donald Trump’s “America First” trade policy, which aims to protect local manufacturers from foreign competition. The tariff increase on imported solar cells and modules in the first year will be 30%, falling to 15% by the fourth year, although 2.5 gigawatts (GW) of imported cells will be allowed in tariff-free annually. Environmentalists argue that making solar panels more expensive risks holding back the development of renewable energy in the country. China and South Korea, whose manufacturers will be most heavily affected, have criticised the move. China, the world’s biggest solar panel manufacturer, has said that the move would further damage the global trade environment with government spokesman Wang Hejun stating that Beijing expressed “strong dissatisfaction” with the plans. (BBC)

Check out Fiona Robert’s blog on SDGs versus Trump: Who will triumph?

Tougher sanctions against “executives who try to line their own pockets” at the expense of UK company pension schemes will be introduced following the collapse of the construction group Carillion, outlined prime minister Theresa May on Sunday. She said a white paper, which is expected to be published by the government in March, would set out “tough new rules” for company directors who put “their workers’ pensions at risk”. Carillion came under strong criticism for rewarding shareholders with dividend increases as its pension deficit grew from £318m in 2015 to £587m last year, with approximately 28,000 members of Carillion’s 13 pension schemes now facing cuts to their retirement benefits after the company went into liquidation last week. This move by Theresa May against company bosses who jeopardise pension schemes comes after her previous plans to overhaul corporate governance more broadly were watered down dramatically in last year’s final package of measures. (Financial Times*)

Six accountants, including three former KPMG partners, have been charged with fraud after the audit firm improperly received advance notice of inspections by US regulators. The accountants at KPMG and Public Company Accounting Oversight Board (PCAOB), which regulates auditors in the US, allegedly passed or received information to help the firm prepare for inspections of its audits, including for at least seven banks. In March last year, KPMG fired six employees saying they either had “improper advance warning” of PCAOB inspections or knew that others had the information and “failed to report the situation in a timely manner”. It has been suggested by the Securities and Exchange Commission, who worked with the Department of Justice to file the charges, that whilst investigations continue, to identify all audits affected, investors can continue to rely on KPMG’s work. (Financial Times*)

Intel said on Monday that patches it released to address two high-profile security vulnerabilities in its chips are faulty, advising customers, computer makers and cloud providers to stop installing them. The warning came nearly three weeks after Intel confirmed on the 3rd of January that its chips were impacted by vulnerabilities known as Spectre and Meltdown, which make data on affected computers vulnerable to espionage. Intel Executive Vice President Navin Shenoy disclosed the problem in a statement published online, saying that patches released after months of development caused computers to reboot more often than normal and other “unpredictable” behaviour. Intel has asked technology providers to start testing a new version of the patches, which it began distributing on Saturday. (Reuters)

Image Source: Solar Panels by ricketyus on Flickr. CC BY 2.0