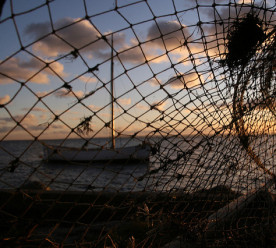 Dozens of current and former UN employees have described a culture of silence across the organisation that has allowed sexual harassment and assault to flourish. Of the employees interviewed by the Guardian, 15 said they had themselves experienced or reported sexual harassment or assault within the past five years. The alleged offences ranged from verbal harassment to rape. Three women said they had been forced out of their jobs or threatened with the termination of their contract in the past year. The alleged perpetrators, who include a senior UN official, remain in their posts. Many victims and witnesses of sexual harassment and assault, who are dependent on the organisation for not only their employment but for working visas and other benefits including school fees, may decide not to speak out, fearing retaliation. (The Guardian)

Shares in Bank of New York Mellon (BNY Mellon) dropped about 5% on Thursday after it pledged to spend much of its tax windfall on staff and investments in the business, a sign of emerging tensions at big US companies over how to divvy up the spoils of new corporate tax reforms. Chief executive Charles Scharf stated that “We’ve got a responsibility to our employees to share the benefit, as well as to invest as much as we intelligently can to build the company for the future”. The bank will “meaningfully increase” spending on technology and also raise the minimum wage for lower-paid US employees to $15 an hour. BNY Mellon’s plans stand in contrast to those of other banks, which have told investors they will reap much of the rewards.  (Financial Times*)

UK retailers voice concerns about the sustainability of tuna fisheries

Tesco, Waitrose and Marks & Spencer have voiced major concerns about tuna that is certified as “sustainable” despite being caught by trawlers that also haul in turtles, sharks and other protected species. The UK supermarket brands wrote to the Marine Stewardship Council (MSC), which certifies fisheries around the world, after meeting a cross-party group of MPs concerned that the MSC has certified fish from a number of so-called “compartmentalised” fisheries. This means that vessels and crew can use their nets to catch tuna “sustainably” – receiving MSC certification – and then on the same day, haul in tuna along with protected species. The MSC’s technical panel recommended to the organisation’s board that it close the compartmentalisation loophole in a meeting at the end of last year. The board was due to meet in London on Wednesday to discuss the problem. (Independent)

Dutch bank ING has launched a new Sustainable Investments arm to boost growth in green business ventures, backed with €100 million of capital. The arm will offer green businesses across all sectors cash to scale up their operations, provided they have a “proven concept and a positive environmental impact”. The launch is designed to support the bank’s green strategy to promote sustainable businesses, particularly those working in energy transition, circular economy or water space. The €100m will be gradually invested over the next three to four years, via a mix of loans and equity investment. Initially the Sustainable Investments team will focus on Belgium, the Netherlands, and Luxembourg with investments extending out to ING’s other core markets over time. (Business Green)

Saudi Arabia is seeking investment of up to $7 billion in the coming year to build about 4,000MW of renewable energy capacity, as part of its plan to supply 9,500MW, or 10% of its power demand, from renewable sources by 2023. The world’s largest oil producer is looking to generate more energy from renewable sources, in part to reduce its greenhouse emissions as part of the Paris Accord on climate change, but also to allow it to sell oil abroad at full price rather than use it domestically where it is heavily subsidised. Turki Mohammed Al Shehri, head of the Renewable Energy Project Development Office (Repdo), said that Saudi Arabia’s ultimate aim is to create a globally competitive local industry – with rules demanding that projects have 40-60% local content from 2018. (Forbes)

Image Source: in the fishing net by odysseus-Studio on Flickr. CC BY-SA 2.0