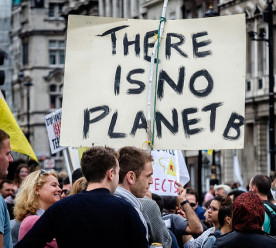 Apple to create 20,000 new US jobs and pay $38bn to repatriate overseas cash

Apple said on Wednesday it would make a one-time payment of $38bn to repatriate some of its vast overseas cash holdings, with the company currently holding $246bn in low-tax countries. The company, which has faced international criticism for its tax evasion policies, also said it would spend $30bn in the US over the next five years, creating 20,000 new jobs. The company is the latest to announce a one-off payment as a result of recent changes to US tax law, which allows companies to pay a levy of 15.5% on overseas cash holdings that are repatriated to the US. Lawmakers in the US, European Union and the UK have criticised Apple over its tax policies with a Senate committee in 2013 accusing Apple of using a “highly questionable” web of offshore vehicles to avoid paying taxes in the US. (The Guardian)

Check out George Blacksell’s blog from 2014 on “The $1.95 trillion offshore elephant”

Facebook has launched an investigation into claims Russia used the social network to influence the Brexit referendum. Facebook, which has more than 30m users in the UK, had originally said it had detected just 97 cents (70 pence) spent on adverts by Russian agents during the referendum, but its response was criticised as inadequate and narrow. Damian Collins, the chair of the Commons Digital Culture, Media and Sport committee, has suggested that previously Facebook only studied interference by one organisation, the Russian-backed Internet Research Agency, which had been fingered as being responsible for meddling in the 2016 US presidential election and ordered the company to investigate the matter more thoroughly. (The Telegraph)

Threats of a potential cryptocurrency trading ban in South Korea have scared many investors away, but some veterans of the young market are defiant, saying restrictions would be relatively easy to circumvent. Cryptocurrency experts suggest that a ban could discourage new market entrants, but the anonymity of buyers and sellers and the ability to move digital assets anywhere in the world makes it hard to impose restrictions on existing participants without a global consensus. Places like Singapore and Hong Kong maintain light regulations, while Japan has encouraged a vast ecosystem of companies and investors around digital assets by pioneering a set of rules for the industry. Germany has said national restrictions may be useless. According to industry experts, the first step to circumventing a ban is hiding IP addresses from authorities via virtual private networks (VPNs) enabling traders to continue business as usual through accessing decentralised exchanges that do not require identification. (Reuters)

The UK will miss its legally binding carbon targets without urgent government action, official advisers have warned. The Committee on Climate Change (CCC) said that vague ambitions, such as banning new petrol and diesel cars by 2040, must be turned into solid plans and new policies, such as planting more trees, are needed. The CCC, in analysis released on Wednesday, warned that there are “significant” risks to the delivery of existing projects, such as the new Hinkley Point nuclear plant. They also highlighted a series of government pledges that have little or no detail on how they will be delivered, including all homes having a good level of energy efficiency by 2035. However, the CCC also praised Theresa May’s government for putting green growth at the centre of the nation’s economic strategy for the first time when it published its Clean Growth Strategy in October. (The Guardian)

Evian to make all water bottles from 100% recycled plastic

Evian, the France-based mineral water brand, plans to become “circular”, using materials in a closed loop, by 2025. In doing so they will work to increase consumer recycling rates, partner with non-profits to tackle ocean plastic and have pledged that all Evian bottles will be made from 100% recycled plastic. On average, other bottled water companies currently use only 6-7% recycled plastic. The company’s bottling plant in France is already carbon neutral and powered by renewable energy with a shift to rail transportation, rather than trucks, having helped to decrease emissions. Evian also works with a partner to plant trees to offset remaining emissions. This, however, has not solved some fundamental issues of the industry with water shipped thousands of miles to consumers who could choose to drink local tap water from reusable bottles and most consumers still not recycling resulting in plastic pollution being an increasingly important issue. (Fast Company)