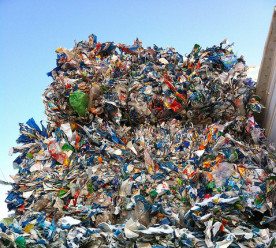 Larry Fink, BlackRock’s chief executive, has warned companies that they must contribute to society and deliver financial performance or risk losing the support of the world’s largest asset manager. In his annual letter to large companies, Mr Fink said public expectations had never been greater. BlackRock, which has $6.3tn in assets under management, will pay close attention to the strategy, board make-up and purpose of companies in the years to come. “To prosper over time, every company must not only deliver financial performance, but also show how it makes a positive contribution to society. Companies must benefit all of their stakeholders, including shareholders, employees, customers, and the communities in which they operate,” he said.

Mr Fink reiterated past calls for companies to publicly articulate their strategic framework for long-term value creation, and stressed the importance of diverse and engaged boards. “A company’s ability to manage environmental, social, and governance matters demonstrates the leadership and good governance that is so essential to sustainable growth,” he said. He added that “shareholder engagement has been too focused on annual meetings and proxy votes”, and announced that BlackRock will double the size of its corporate governance team during the next three years. (Financial Times*)

The EU is waging war against plastic waste as part of an urgent plan to clean up Europe’s act and ensure that every piece of packaging on the continent is reusable or recyclable by 2030. Following China’s decision to ban imports of foreign recyclable material, Brussels on Tuesday launched a plastics strategy designed to change minds in Europe, potentially tax damaging behaviour, and modernise plastics production and collection by investing €350million in research. As part of its strategy, the EU will carry out an impact assessment on a variety of ways to tax the use of single use plastic. Vice-president of the commission, Frans Timmermans, praised UK Prime Minister Theresa May for her recent strategy on plastics, despite criticism elsewhere that it lacked teeth. (The Guardian)

Singapore’s Corporate Governance Council is calling for public feedback on a simplified set of recommendations on how listed companies can practice good corporate governance. The Council wants the Code of Corporate Governance to be more user-friendly for company boards to adhere to, with the last review of the Code taking place in 2012. The Council suggests that the “comply-or-explain” model is to remain, but companies are to be given more latitude in explaining why they are not following certain items of the Code, such as disclosing the salaries of top executives. The proposed revision to the Code does not suggest that requirements are being relaxed. The Council chairman, Chew Choon Seng, suggests that “The hope is for good corporate governance to become second nature.” (The Edge – Singapore)

Teva Pharmaceutical Industries Ltd. has agreed to pay NIS 75 million ($22.1 million) in fines to Israeli authorities as part of a settlement in which the drug-maker admitted to paying bribes in Russia, Ukraine and Mexico to increase sales. The agreement with the State Attorney’s office comes after the company agreed to pay more than $519 million to settle the same charges with US authorities in 2016. The company cooperated with the investigation and said it has implemented “a robust compliance and enforcement program with very high standards” to avoid such violations in the future. Teva has also terminated the employment of the workers involved and set up an organisational structure designed to reduce the recurrence of such cases. (Times of Israel)

From hotel chains to clothing brands, a group of companies in Asia is hoping that a corporate-backed movement to end modern slavery will succeed where activists have failed. The ‘Business Pledge Against Modern Slavery’ is an initiative of Hong Kong-based non-profit, the Mekong Club. So far six companies, including MGM China and The Commonwealth Bank of Australia, have signed the pledge which requires them to take concrete steps, including monitoring operations and creating policies to prevent slavery. One signatory, VF Co., began auditing 120 factories that supply materials for its brands, which include The North Face, Wrangler and Vans, in 2016. Most of these factories are in China, Korea, Taiwan and India. So far the audits have uncovered problems including poor accommodation for migrant workers with the factories in question given six months to address the issues before a second audit. (Voice of America)