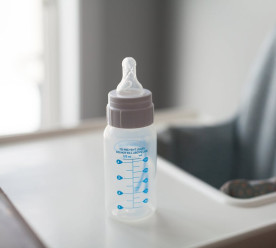 More than 12 million boxes of powdered baby milk have now been recalled in 83 countries in a salmonella scandal involving French company Lactalis. The products have been subject to a recall since December, after salmonella bacteria was discovered at a factory. Lawsuits have been filed by parents who say their children became unwell after drinking the formula. So far 37 cases have been reported in France, Spain and Greece. The CEO promised that any families affected would be compensated. The French government has warned the company, one of the world’s largest producers of dairy products, that it must expect penalties over its handling of the affair and have also threatened to impose sanctions against retailers, after it emerged that several major supermarket chains had continued to sell products that could have been contaminated. (BBC)

The Securities Commission Malaysia recently issued its ‘Guidelines on Sustainable and Responsible Investment (SRI) Funds’ to promote the growth of such funds in Malaysia. The new guidelines, which enable market funds to be designated as SRI funds, will widen the range of SRI products. It is said that this will attract more investors into a growing space where Malaysia holds a 30% share of the region’s US$52 billion SRI-related fund assets. According to the new guidelines, the policies and strategies of SRI designated funds – including the selection, retention and realisation of investments – must adopt one or more sustainability considerations such as the UN Global Compact Principles, the Sustainable Development Goals and other ESG factors. Importantly, the Guidelines also introduce additional disclosure and reporting requirements to encourage more transparency. (Eco-Business)

Loss of US retail industry jobs is hitting women hardest

The retail sector has been the biggest loser of jobs for the last two years in a row in the US. Although it remains one of the US’s largest employers, providing 15.8m jobs, the reordering of the retail landscape is having a profound impact on the nature of its workforce. Between November 2016 and November 2017, the sector fired 129,000 women while men gained 109,000 positions, according to an analysis by the Institute for Women’s Policy Research (IWPR). Retail remains a “hugely important” employer for women, said Heidi Hartmann, IWPR president, especially as a provider of part-time jobs for women who are looking to balance work with family obligations. But the shift in how Americans shop – and in what they are buying – is having a profound effect. The recovery of “consumer durable” sales – such as cars and home appliances – has bounced back and men hold more of the retail jobs in those sectors. “It’s a stunning thing to show women have lost more than 100,000 jobs over the year and men have gained almost as many” said Hartmann. (Guardian)

A change in the law and the start of the Open Banking system means people can allow businesses, other than their bank, to access their financial data. Traditionally, banks have held all information about transactions and spending habits. A change in UK law now means that banks and building societies must allow regulated businesses access to a customer’s financial data, but only if the customer has given their permission. The main idea is that individuals can allow apps and online services to analyse their spending and find better deals on everything from loans and mortgages to shopping and broadband. Customers can give, and withdraw, permission at any time. NatWest, one of the banks ordered to be ready for the new system, has warned that fraudsters could mimic these firms to trick people into giving them access to their accounts. As part of the same legislation, surcharges for payments made by credit card, debit card, or other payment systems such as PayPal will be banned. (BBC News)

The world’s major fishing nations have reached a deal to ban commercial fishing in the central Arctic Ocean for at least 16 years. It comes after a two year campaign by the House of Lords Arctic Committee to introduce a moratorium on fishing in the area. The pact will enable scientists to carry out research into the existing marine ecosystem and the potential impacts of climate change. More of the waters in the Arctic are becoming more accessible due to climate change. The moratorium was agreed by Canada, Russia, China, the US, the EU, Japan, Iceland, Denmark and South Korea. It covers an area of about 2.8m sq km – roughly the size of the Mediterranean Sea. In addition to closing the area to fishing, the delegations have agreed to a joint program of scientific research and monitoring to identify species, their abundance, existing predator-prey relationships, and the pressures they face, including climate change. (Telegraph)*