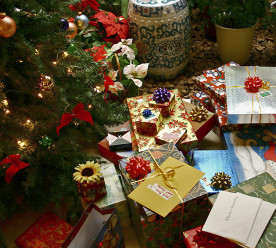 Sexual misconduct is rampant at Ford’s Chicago plants, say the women who work there

Women working at two of Ford‘s Chicago plants routinely face sexual misconduct from male workers although the company said it “took appropriate action” against claimed harrassment, a New York Times investigation has found. More than a dozen women came forward to detail accounts of years of harassment, groping, intimidation and even being coerced into sexual activities by co-workers and supervisors alike, according to the investigation. Many of the women reported little to no help from union officials or male colleagues, while others opted to keep quiet because of a lack of jobs elsewhere. Recent media attention on sexual harassment has focused on the entertainment, tech, media industries and politics. The Times points out that much less attention has been given to those in blue-collar jobs. After the #MeToo campaign, a former Chicago worker proposed a new movement: #WhatAboutUs. (Jalopnik)

Read more: The sexual abuse scandal: Why all companies should act by Richard Phillips

A significant number of listed firms are yet to develop a strategy to report on climate-related risks in line with the Task Force on Climate-Related Financial Disclosures (TCFD) recommendations, according to a new survey by sustainability financing specialist South Pole. Just 18% of firms surveyed plan to disclose climate-related risks in line with the TCFD next year, although 65% recognised a first-mover advantage in doing so. Over half (56%) said they have yet to decide on a disclosure strategy while a third (6%) are still designing it. Although only 34 firms were surveyed, the findings echo warnings that many listed firms are not ready to follow the best disclosure practices. Last week, over 225 institutional investors pledged to engage on climate risks with 100 corporates responsible for 85% of total global greenhouse gas emissions. (Business Green)

Read more: Why 2018 will be the year of climate risk reporting by Charlie Ashford.

China has launched its long-awaited emissions trading system (ETS), making it the largest carbon trading market in the world – and helping the country accelerate climate action towards a world of under 2°C warming. The system will debut with coal and natural gas-based power production trading only – which is critical as the power sector makes up nearly a third of China’s carbon emissions – with plans to expand to manufacturing and industrial sectors. Around 1,700 companies will be included, covering a total of over 3 billion tonnes of carbon emissions. The launch follows successful pilots of seven regional pilot emissions trading systems that have been running since 2011. More details on the ETS, including timelines for roll-out, will be shared by the National Development and Reform Commission in the coming weeks. (Climate Group)

Marks & Spencer (M&S) has become the first UK supermarket chain to publish details of the use of antibiotics in its farm supply chain, following a Guardian report revealing that none of UK’s main supermarkets allowed the public access such information. The company disclosed – and will regularly update –information online on the quantities of antibiotics used on livestock by the farmers that supply its meat, eggs and dairy products.  The data show that M&S is ahead of industry-wide targets set by the Responsible Use of Medicines in Agriculture Alliance. The move comes amid growing fears of human resistance to antibiotics, which would see even routine human operations become dangerous as the medicines to combat possible infections become ineffective through over-use. Earlier this week, US hamburger chain Wendy’s announced it will cut antibiotic use in its beef supply chain. (Guardian)

Green groups and charities in the UK have rallied to urge businesses and governments to commit to raft of measures to tackle the “plague of plastic waste” expected to be generated over the Christmas period. Analysis by the group of NGOs – which includes WWF, Greenpeace and Friends of the Earth – found that, although plastic waste at Christmas has fallen from 125,000 to 114,000 tonnes due to higher levels of recycling, the quantity of excessive and unrecycled packaging waste remains vast.  According to WRAP, around 88 square kilometres of wrapping paper and 300,000 tonnes of card packaging are expected to be used this Christmas. Food waste is also a major issue. In total, the amount of waste generated over the festive period amounts to an estimated five million tonnes – the equivalent to 450,000 double-decker buses. (Business Green)