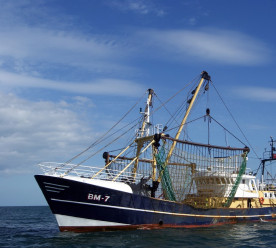 The UK government is to allow the country’s £2 trillion workplace pension schemes to dump their shares in oil, gas and coal companies more easily to “mirror members’ ethical concerns” and “address environmental problems”. Until now, pension schemes have been hamstrung by “fiduciary duties” that require schemes to seek the best returns irrespective of the threat of climate change. The rules are expected to come into force next year after a consultation period. About £87 billion a year pours into Britain’s pension schemes, with a significant proportion of it automatically invested into gas and oil companies. Campaigner ShareAction called the new UK rules “a welcome breakthrough”. Last week, French financial giant Axa said it would speed up its withdrawal from coal businesses and end insurance for controversial US oil pipelines. (Guardian)

Twitter has widened what it defines as hateful and harmful behaviour on its platform, and says it will begin enforcing stricter rules concerning it. Information contained in a person’s profile, regardless of what they actually tweet, will now be considered and those who express an affiliation with groups that use or celebrate violence to achieve their aims will be permanently suspended. Hateful imagery – such as the Nazi swastika – will no longer be allowed on a person’s profile page, and users will be asked to remove it, while repeat violators will be banned. A spokeswoman said the company plans “to develop internal tools to help identify violating accounts to supplement user reports”. The changes follow consultations with Twitter’s Trust and Safety Council, a group consisting of representatives from more than 40 organisations notably dealing with anti-Semitism, homophobia, sexism and racism. Last month, several far-right accounts lost their “verified” tick. (BBC)

Several of Britain’s best-known companies, including fashion label Burberry, broadcaster Sky and retailer Sports Direct, have been included on a list of firms rewarding bosses with “fat cat pay” – a document that was ordered by Prime Minister Theresa May in August. The register was published by the Investment Association, a trade body of investment firms that manage the pensions of millions of Britons. It lists every company in the FTSE All-Share Index – including more than a fifth (22%) of FTSE listed-firms – which has suffered at least a 20% shareholder rebellion against proposals for executives pay, re-election of directors or other resolution at their shareholder meetings. Some of these include banking giant HSBC, supermarket Morrisons, British Telecoms and estate agent Foxtons. Commenting on the announcement, May said calling out the firms would help tackle the “abuses and excess in the boardroom” and restore public confidence in big business. (Guardian)

Wendy’s to cut antibiotic use in beef supply chain

US hamburger chain Wendy’s has announced plans to cut the use of antibiotics important to human medicine from its beef supply, amid growing public health concerns about resistance to the drugs. Wendy’s said starting from 2018, the company would buy about 15% of its beef from producers that have pledged to reduce their use of tylosin by 20% —the one medically important antibiotic they routinely feed to cattle – and said it plans to increase the amount of beef it purchases from these producers. It added that it had finished removing antibiotics important to human medicine from its chicken supply after pledging to do so last year. While welcoming the announcement, advocacy group USPIRG, urged the food company to move faster to “eliminate routine antibiotic use from its entire meat supply and to come out with a concrete timeline for achieving that goal”. (CIPS)

Chile’s Under Secretariat of Fisheries and Aquaculture, and NGO Oceana Chile have jointly announced the freezing of the fishing footprint for the common hake and demersal crustacean fisheries, which will protect 98% of Chile’s exclusive economic zone from bottom trawling. The ban comes after Oceana submitted a proposal last year to gradually eliminate bottom trawling and included the results of one of its assessments that showed that 3,905 km2 of marine surface were impacted by this fishing technique each year. Undersecretary Pablo Berazaluce said “working with civil society organisations with whom [the Government] share[s] the mission of harmonising economic activities while taking care of the environment, is crucial”. The announcement was made just before conservative candidate Sebastián Piñera won the presidential election on Sunday, replacing socialist Michelle Bachelet. Earlier this year, Bachelet announced Chile will ban plastic bags in all coastal cities, in another attempt to protect marine life. (Santiago Times; Oceana)