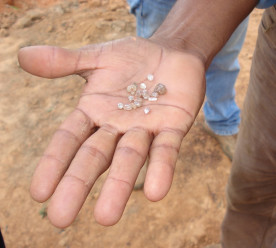 Four UK companies, namely Hugo Boss UK, Dana UK Axle, Eastgate Care Group and Age UK North Tyneside, have altered gender pay gap figures at least once since first submitting them to the government, a Financial Times investigation has revealed. The four were among 16 companies that initially reported that, on average, there was no pay gap between their male and female employees, a result which is statistically implausible. Companies and public sector bodies with more than 250 employees must report their gender pay gap on the government’s portal by 4 April. As of Wednesday 13 December, just 368 companies of an estimated 9,000 which will be required to do so had lodged their data. (Financial Times*)

Read more: Gender pay: You have been warned by Peter Truesdale

National Australia Bank says it will halt all lending for new thermal coal mining projects, becoming the first major Australian bank to phase out support of thermal coal mining and start the transition to a low-carbon Australia. Although the bank will continue providing finance for coal projects already on its books, the news was welcomed by environmental groups as it is the first formal policy on coal financing among Australian banks. “This is a market-leading position for an Australian bank” Greenpeace campaigner, Jonathan Moylan, said. Australia’s financial regulator recently flagged the possibility of “regulatory action” if banks, lenders and insurers didn’t act to reduce climate risks. A report by financial activist group Market Forces also found that climate change was all too frequently perceived as strictly an ethical issue rather than a material financial risk by super funds. (Guardian)

The billion-pound jewellery industry is still “tainted with significant human rights abuses” and modern slavery, a new report by Adrea International has found. Of the top UK jewellery brands, only Tiffany & Co, F. Hinds and the Signet Group were compliant with reporting requirements of the UK Modern Slavery Act. The research also analysed the practices of Goldsmiths, Links, Beaverbrooks, Boodles and Cartier, and noted that most companies are relying on the work of overarching, voluntary councils when it comes to human rights, with only a few companies pushing actions beyond industry practices. (edie)

Read more: Lessons in modern slavery – what we learned at the Trust Conference 2017 by Charlie Ashford, and How to write a human rights policy in three easy steps by Taylor Fulton

The US National Labour Relations Board has overturned a key Obama-era precedent that had given workers significant leverage to hold companies like fast-food and hotel chains liable for labour violations that occurred at a franchise, even if the control it exerted was indirect. The reversal could also have important implications for the ability of workers to win concessions from employers through collective bargaining. While most labour law experts expected the board – which gained a Republican majority in late September – to overturn the  so-called “joint-employer” decision, the speed of the change came as a surprise. The labour board is also expected to tackle other Obama-era decisions strongly opposed by employers. (NY Times)

Consumer goods firm Kimberly-Clark has become the first company to have 12 of its pulp and paper products certified by the Singapore Environment Council under the enhanced Singapore Green Labelling Scheme. Revised in January, the Scheme now requires full disclosure of a product’s supply chain and the measures to detect and suppress fires on plantations. Companies also need to have proper management of peatland to protect biodiversity. Each certified Kimberly-Clark product, including Kleenex and Scott, will be subjected to ground audits and reference checks on the company’s forestry practices. Thirteen applications for the certification – including by Fuji Xerox, Asia Pacific Resources and Asia Pulp & Paper Group – are still being reviewed and are also being assessed based on how much risk they pose to the environment. (Today Online)