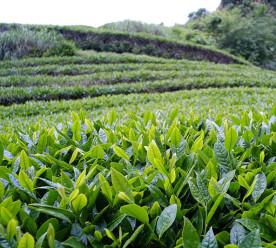 Barclays has become the first UK bank to launch a range of green finance products to help its corporate clients fund low-carbon investments amid a “step-change in how business approach sustainable investment”. According to Karl Nolson, Head of Global Lending Group at Barclays Corporate Banking, clients are recognising the policy push from governments and the economic potential of the ‘clean growth’ narrative. The new range includes green loans for UK and international clients who need loans of more than £3 million, asset finance and innovation finance for accelerating green investment for SMEs, while green deposits will allow the largest clients to earmark funds they deposit against Barclays’ investment in green bonds. The news follows the launch of Barclays’ first green bond last month – a €500 million issuance which will be used to finance homes in England and Wales “based on the carbon intensity of the underlying residential property”. (Business Green)

Paris Summit: Microsoft doubles down on its ‘AI for Earth’ initiative, pledging $50M

Microsoft has pledged $50 million over five years for the ‘AI for Earth’ initiative, launched earlier this year with an initial $2 million commitment, to use artificial intelligence to tackle the world’s most pressing environmental issues. The program aims to put Microsoft’s vast AI resources in the hands of universities, NGOs and other groups for AI-based projects in the areas of agriculture, water, biodiversity and climate change. Since the launch, Microsoft has awarded 35 grants in 10 countries for access to Microsoft Azure and AI technology. Microsoft will also work to identify the most promising projects, help them scale up and commercialise their offerings. While some worry about how AI may help evade ethical and privacy oversights, Emma Williams, General Manager of Bing Studio, said the firm “was committed to a very principled approach to AI”. (GeekWire; TechCrunch)

Sainsbury’s, Unilever and wood fibre products company Sappi have partnered with banking firms Barclays, BNP Paribas and Standard Chartered to trial a blockchain system that records price, produce and production information on tea farmers in Malawi. It is hoped the technology can be used to reward and incentivise farmers, by offering preferential terms or access to credit to farmers that are implementing sustainable practices. The banks and companies have provided more than £600,000 alongside support from the UK’s Department for International Development to test the blockchain technology, which has been developed by Provenance and Halotrade. Two other start-ups, Landmapp and FOCEFET Foundation, will ensure that land rights documentation and open-source data standards are included in the trials. The trial could reach more than 10,000 Malawian tea farmers and if successful, could benefit 1.5 billion families that depend on small-scale farming across the globe. (edie)

The British public’s opinion of business behaviour appears to be improving, according to the latest survey conducted for the Institute of Business Ethics, with over half (52%) of the public saying they consider that business behaves ethically. It is a slight recovery from last year (48%) – but not yet back up to 2015 levels (59%) – which, according to Philippa Foster Back CBE, IBE’s Director, “may be related to the scandals which have affected other institutions in society over the course of 2017.” Meanwhile, negative opinion is decreasing, with only 5% of people now saying that business behaves “not at all ethically”, compared to 9% in 2012. Tax avoidance and executive remain among the top 3 issues that the public think business needs to address, for a fourth consecutive year, while employees being able to speak up about wrong doing enters the top 5 with 17% raising this as an issue of concern. (Pressat)

UK supermarkets including Tesco, Aldi, Asda and Lidl are being urged to stop using controversial “fake farm” branding on own-brand meat products, with a food charity claiming they are misleading shoppers. The Feedback charity is backing the owner of a genuine farm called Woodside Farm – a name Tesco has also used on its value pork range since 2016 – and is threatening legal proceedings if the retail giant does not drop the name. Last year, the UK’s largest retailer Tesco sparked controversy after launching a budget range of seven own-label “farm” brands based on British-sounding names although some foods were imported from overseas. The charity, which is seeking to reform Britain’s “broken” food system, has awarded Tesco its “Total Bull” award for the number of fake farm labels it uses, and is urging shoppers to write to Tesco to shame it into dropping the branding. (Guardian)