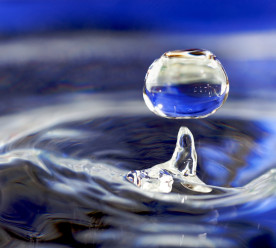 More than 200 institutional investors, including HSBC Global Asset Management, Amundi and Legal & General Investment Management, as well as partner organisations such as Ceres and the Institutional Investors Group on Climate Change, have announced they will step up pressure on the world’s 100 biggest polluting companies. The five-year global initiative, Climate Action 100+, will engage with the selected companies – including Coal India, Gazprom, Exxon Mobil and China Petroleum & Chemical Corp – to drive swifter corporate action to improve governance on climate change, curb emissions and strengthen climate-related financial disclosures. Stephanie Pfeifer, chief executive of the IIGC, said investors were increasingly looking for ways to align their portfolios with the Paris goals. (Reuters; Ceres)

BlackRock, the world’s biggest asset manager, is telling companies that it is time to start reporting clear information on climate risk to their businesses. The firm, which oversees almost $6 trillion in assets, has sent letters from its corporate-governance team to about 120 companies, urging them to report climate dangers in line with the recommendations of the G20 Task Force on Climate-related Financial Disclosures (TCFD). The letters were sent to BlackRock holdings with “material climate risk inherent in their business operations,” such as those in the energy, transportation and industrial sectors. Earlier this year, BlackRock cast its first votes in favour of shareholder proposals asking companies such as Occidental Petroleum and Exxon Mobil to provide more detail on the topic, while CEO Larry Fink wrote to CEOs last February warning that investors were looking for firms with sustainable long-term strategies in place. Yesterday, Exxon Mobil bowed to investor pressure and announced plans to “further enhance” its disclosure on climate-related risks. (Bloomberg; Business Green)

Read more: Why 2018 will be the year of climate risk reporting by Charlie Ashford.

Insurance giant AXA has announced a quadrupling of its 2020 green investment target from €3 billion to €12 billion, as the company’s CEO warned more than 4°C of warming this century would make the world ‘uninsurable’. Launched at the One Planet Summit in Paris, AXA has unveiled a raft of climate policy moves that will also see it further reduce its exposure to fossil fuel assets. It will notably increase its coal divestment fivefold to reach € 2.4 billion, will divest more than €700 million from main oil sands producers and associated pipelines and stop insuring any new coal construction projects and main oil sands and associated pipeline businesses. The news comes amid a slew of climate announcements from the financial sector as French President Emmanuel Macron hosts the one-day summit in Paris today. Dutch bank ING has unveiled plans to further strengthen its coal policy, and the World Bank announced it will no longer finance upstream oil and gas after 2019. (Business Green 1; Business Green 2)

Corporate Equality Index: a record 609 companies earning perfect scores in the US

A record number of the US’s major companies and law firms are advancing vital policies and practices to protect lesbian, gay, bisexual, transgender and queer (LGBTQ) workers around the world, according to the 2018 Corporate Equality Index (CEI). The results – released by the Human Rights Campaign (HRC) Foundation  – show that 609 businesses earned the top score of 100, up from 517 last year. HRC President Chad Griffin said top-scoring companies “are not only establishing policies that affirm and include employees in the US, they are applying these policies to their operations around the globe”. Many of these companies have also become vocal advocates for equality, with 106 explicitly supporting the Equality Act. Launched in 2002, the CEI reported in its first year that only 3% of companies had non-discrimination policies that included gender identity – against 83% this year. (HRC)

UK housebuilder Redrow has announced that a “net gain” approach to biodiversity will be adopted across all new developments, following a trial period that successfully enhanced the ecological land value of certain projects. With support from partnerships and initiatives, the company trialled ways to enhance biodiversity across select developments, with an aim in place to improve the ecological value of an area after project construction has been completed. With the RSPB, Redrow transformed a former 6,000-space car park to improve surrounding woodland areas. In another area, it partnered with the Bumblebee Conservation Trust to create pollinator-friendly habitats. Redrow has becomes one of the first UK housebuilders to attempt to achieve a net biodiversity gain across all developments. In 2015, Redrow was the first housebuilder to be awarded WWF’s Three Trees status for sustainable timber use and has been awarded the status again this year. (edie)