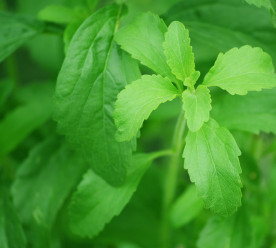 Following a week of high drama in the Brexit negotiations, the UK has finally struck an agreement that will allow it to move on to phase two of the talks, which green campaigners have welcomed. The agreement has raised hopes that a ‘no-deal’ scenario is now off the table in favour of continued membership of the single market and customs union. It also signals that the UK government is seeking to explore the potential for a “continuing arrangement” between the UK and the European Investment Bank, which has proved a valuable source of funding for UK green energy projects. “[E]nvironmental co-operation is going to be important in the future and a lot of environmental topics are going to be covered in the next phase” Amy Mount, Head of Greener UK said. However she warned that the issues to discuss are wide-ranging and that there is in fact little time left to negotiate key green issues. (Business Green)

The world’s first national inquiry into the responsibility of the fossil fuel industry for the human rights impacts resulting from climate change has hit an important milestone, following Human Rights Day on December 10. Companies, including ExxonMobil, Shell, BP, Chevron, ConocoPhillips, Suncor and Repsol, are being asked to explain their role in making climate change worse, as the investigating body the Commission on Human Rights of the Philippines sent Notices in October requesting them to attend the 11 December meeting to discuss how the investigation will be conducted. Isagani Serrano, president of the Philippine Rural Reconstruction Movement (PRRM) said the “International Human Rights Day should remind these companies why it’s important that they participate in the national inquiry… which is an opportunity to set the record straight on climate change”. The inquiry is one of a wave of people-powered legal actions taking place around the world. (Greenpeace)

Long-anticipated hybrid black cabs are now fully licenced to operate in the streets of London, with the hope they will contribute to reducing dangerous air pollution levels in the city. The London Taxi Company, the manufacturer of the London black cabs, has changed its name to London Electric Vehicle Company as part of the announcement. The hybrid taxis are not only able to carry more passengers, but also offer a series of technological features, including USB and power sockets, free Wi-Fi as well as an air filtration system. As new cabs are now legally required to be at least hybrids after 2018, more than 9,000 hybrid black cabs are expected on the road by 2021 – almost half the current black cab fleet. Although the price of the fare is the same as the traditional black cabs, the price of the vehicle is £10,000 more – up to £55,000. (Climate Action Programme)

Two in five (40%) women in the UK say they have experienced unwanted sexual behaviour at work and only a quarter of them reported it, a BBC survey has found. In comparison, less than one in five men (18%) said they have been harassed at work. The poll, which involved more than 6,000 men and women, suggests those who work flexibly – including those on zero hours contracts, self employed, freelancers and gig economy workers – are more likely to encounter this type of behaviour, with 43% of women reporting some form of sexual harassment. The survey also found that the idea of sexual harassment at work is relatively new for those over 55 years old. There was a general optimism among most people surveyed that the recent scandal would bring sustained improvements in behaviour, but almost a third thought the scandals were irrelevant to people’s behaviour.  (BBC)

Read more: The sexual abuse scandal: Why all companies should act by Richard Phillips.

US farmers can ‘switch from tobacco to stevia’

Malaysia-based PureCircle has confirmed that plant-based sweetener stevia “grows well in soil and climate conditions that were conductive to growing tobacco”. The company, which describes itself as the world’s largest stevia producer, partnered with US tobacco farmers to commercially grow its StarLeaf stevia in North Carolina and scaled up the production after the pilot was successful. Jackson Pillow, Communications Manager at PureCircle, said the partnership offered tobacco farmers a chance to increase their returns as tobacco demand declines. The company said the StarLeaf stevia – its latest sweetener – “will help companies accelerate launches of reduced and zero-calorie products”. The percentage of beverage and food products launched containing stevia increased by 13% between 2016 and 2017, according to market research group Mintel. Coca-Cola, one of PureCircle’s biggest customers, announced it is set to launch a 100% stevia sweetened soda early next year. (CIPS)