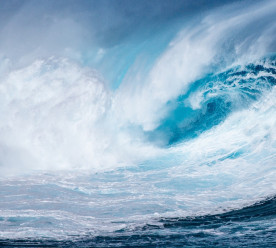 Nations have agreed that the world needs to completely stop plastic waste from entering the oceans at the UN Environment Programme (UNEP) Summit in Kenya. Although not legally binding, the resolution commits governments to start monitoring the amount of plastic entering the ocean. The resolution includes a raft of measures to address pollution in its many forms, in an effort to create a “Pollution-Free Planet”. UNEP says that it has received 2.5 million Beat Pollution Pledges from governments, municipalities, businesses and individuals. Although ministers are starting to take plastic waste more seriously, environmental groups have warned that they need to move much more quickly. UNEP deputy head, Ibrahim Thiaw, said the next step was “to move concretely to a plan of action”. (BBC News, Sky News)

Well-design environmental regulations can boost business investment and improve products and infrastructure, a new analysis by engineering consultancy BuroHappold has shown. The research is based on interviews studying the impacts of key environmental regulations in the buildings, waste, and car-making sectors in the UK. It found the cost of compliance was far outstripped by the economic benefits triggered by the rules, which include higher levels of investment in R&D, better and more efficient products and infrastructure, and net job creation. However, the report warns that regulations must have a “clear, stable sense of direction” and be introduced in a way that works with business timescales in order to deliver maximum growth potential. (Business Green)

New research by ShareAction, which ranks the 15 largest European banks on their disclosure and management of climate-related risks and opportunities, shows French banks take three out of the top five spots. Scored out of a possible 162 points, the five top performers are BNP Paribas (107), UBS (4), HSBC (92.5), Crédit Agricole (92), and Société Générale (89). Their leadership is largely due to new French legislation that strengthens mandatory disclosure requirements on climate-related risks. Italian bank UniCredit and UK banks Lloyds Banking Group and Standard Chartered ranked at the bottom, scoring 42, 52.5 and 37 respectively. Thirteen out of 15 banks confirmed their intention to implement the Task Force on Climate-related Financial Disclosures recommendations. (ShareAction; Financial Times*)

Read more: Why 2018 will be the year of climate risk reporting, by Charlie Ashford.

Australia needs a comprehensive suite of new laws to stamp out modern slavery, a Federal committee’s report has found. The report details a blueprint for the creation of a modern slavery act in Australia that mirrors the UK’s. It calls for the creation of an independent anti-slavery commissioner and to force corporations with a revenue of AUS$50 million or more to prove they are not profiting from slavery in their supply chains. The inquiry follows evidence of a lack of awareness of modern slavery in Australian businesses’ supply chains. In a joint statement with anti-slavery groups, universities and business groups, the Australian Human Rights Commissioner has supported a publicly-accessible registry of modern slavery statements. The latest estimates suggest that 4,300 people in Australia are victims of modern slavery. (ABC News; Guardian)

A ban on imports of millions of tonnes of plastic waste by the Chinese government from January could see an end to collection of some plastic in the UK. Analysis by Greenpeace reveals British companies have shipped more than 2.7 million tonnes of plastic waste to China and Hong Kong since 2012 – two-thirds of the UK’s total waste plastic exports. Pressure is growing on the UK’s environment minister, Thérèse Coffey, to take urgent action to support the UK recycling industry. Stuart Foster from Recoup said the restrictions should be an opportunity for the UK to develop its own infrastructure and create a circular economy in plastics. This summer the Chinese government notified the World Trade Organization (WTO) that it intended to stop the importation of 24 kinds of solid waste by the end of 2017. (Guardian)