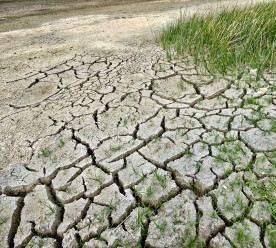 Are the Global Goals getting “boring”? Research Director Richard Hardyment questions why our new research on corporate actions on the Sustainable Development Goals shows some worrying signs. Read his take here.

Oil giant Exxon Mobil is coming out against an American Legislative Exchange Council (ALEC) proposal that would review a federal finding that greenhouse gases are harmful to human health and welfare and requires the Environmental Protection Agency (EPA) to take actions to restrict them. The ALEC Task Force, where Exxon Mobil has a seat, is set to vote on the resolution today. The resolution calls the finding “flawed,” specifically taking issue with the science that it cited, and calls upon the EPA to “reopen and review” it. Attention has been also drawn to pharmaceutical company Pfizer and the world’s largest package delivery UPS, which have recognised climate risks but reportedly fund ALEC’s anti-climate campaign and sit on its Task Force. ALEC has already lost some major corporate members due to its opposition to climate policies, like Google, Royal Dutch Shell and Facebook. (The Hill)

Nearly half of companies around the world (46%) expect to feel the negative impacts of climate change in the next five years, yet a third have no plans to implement any measures within the next three years, an international survey by risk assurance giant DNV GL has revealed. The report is based on a poll of 1,200 business executives across Europe, Asia and the Americas and notes that all respondents mentioned at least one climate-related hazard predicted to impact their business. Luca Crisciotti, CEO of DNV GL Business Assurance, said the survey reveals a “lack of proactivity” among the business community. Larger companies appear to be further ahead with climate resilience and adaptation measures, with as many as 40% reporting that actions have already been taken and around half believing these actions would give them a competitive advantage. (Business Green)

Marketers largely agree that using diverse images is good for brands, according to a recent study by Shutterstock. The survey, which involved over 1,500 marketers from the US, UK and Australia, found that 57% of UK marketers said the Advertising Standards Authority’s report into gender stereotyping has affected how they select images, while nearly half of US marketers (41%) agreed it was important to represent modern day society in marketing imagery. Almost 1 in 4 US marketers reported they used more images featuring “nonprofessional models”. Two-third (66%) of UK marketers used more images of non-traditional families, although only 17% of those over 45 years old were inclined to use images of same sex couples, as opposed to their younger counterparts (43%). In Australia, marketers are leading the way in using images featuring women. In the UK, new standards on advertising that feature stereotypical gender roles will come into force in 2018. (Adweek; Campaign Live; Net Imperative)

Hundreds of cosmetics brands including The Body Shop, Madison Reed and Humble Brands have welcomed the announcement that European Parliament will discuss the options for a global ban on animal testing in cosmetics. Last week, members of EU’s Environment Committee unanimously voted on placing a call to end animal testing. The motion will also ask how the European Commission will ensure that all cosmetics on the EU market have never been tested on animals, as 80% of countries globally still allow animal testing for products. Since the vote, animal protection group Cruelty Free International has called on companies and consumers to join The Body Shop’s Forever Against Animal Testing campaign. It has already received more than 3.6 million signatures and the company aims to reach eight million signatures and take it to the UN in 2018. (edie)

Apple has a ‘moral obligation’ to push back in China, says US senator

Apple CEO Tim Cook’s recent remarks at a conference in China that Apple and China “share” a vision for a “digital economy for openness” have drawn criticism that the tech giant is not fulfilling its “obligation to promote free expression and other basic human rights”. Vermont Senator Patrick Leahy, a Democrat, has called the company to challenge Chinese “suppression of free expression”, as “an opportunity and a moral obligation… in countries that routinely deny these rights”. In October, Leahy and Texas Republican Senator Ted Cruz notably criticised Apple after reports that the company removed VPN apps from the China App Store to comply with Chinese regulators. Apple is one of the most influential American technology companies in China, as opposed to Google and Facebook, which have limited services there. (CNBC)