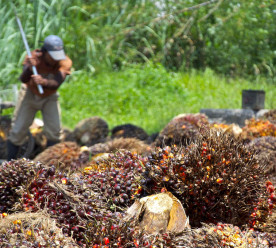 Our Melbourne office is recruiting!

We’re looking for a client manager based in Melbourne, Australia. The post is central to the maintenance and growth of the LBG membership across primarily Australia and New Zealand but support activities globally. This is a 12-month contract maternity cover role. Click here for all details.

In a world first for the palm oil industry, Singaporean agribusiness giant Wilmar International has reached an agreement with Dutch bank ING that will allow it to pay lower interest rates on a loan if it meets sustainability-linked performance targets. Metrics include the effectiveness of programmes around biodiversity, greenhouse gas reductions, renewable energy and sustainable agriculture. Should its performance be satisfactory, ING will convert part of an existing US$150 million loan to a sustainability performance-linked one. The move follows the recent announcement of Wilmar’s new Child Protection Policy, which takes a broader view to protecting the welfare of children than Wilmar’s existing No Child Labour Policy. A year ago, Amnesty International released a report outlining extensive labour abuses in Wilmar supplier plantations, including the use of child labour, unsafe conditions for workers and a failure to pay minimum wage. (Eco-Business)

Kellogg’s is facing criticism for rebranding Frosties as an “adult cereal” in a bid to escape child obesity sugar rules. From 2020, food brands targeting children with sugary products face being named and shamed by the UK government if they fail to reduce sugar content by 20 percent. Last week, Kellogg’s announced it would reduce sugar content across a number of cereals, but this did not include Frosties. Kellogg’s said that it would remove free children’s toys from packs of Frosties, but said that the cereal tended to be eaten more by adults than by children, and that its famous Tony the Tiger mascot was an “adult cartoon”. Campaign manager at Action on Sugar, Jenny Rosborough, said she was “not convinced that Tony the Tiger doesn’t appeal to children”, but that the organisation was “encouraged by Kellogg’s overall sugar reduction plans”. (The Drum; The Telegraph)

Diageo-owned vodka brand Smirnoff has launched a new campaign to help inspire Britain’s nightlife to become more open-minded about gender, and has partnered with the LGBT Foundation to develop guidance for its bartender training programme to build skills, knowledge and confidence on non-binary issues. As part of Smirnoff’s long-running ‘We’re Open’ campaign, the new campaign features a number of famous members of the trans and non-binary community – individuals who identify as neither male or female. The campaign draws on research that three out of four trans people report being a victim of a hate crime. (Marketing Week)

Airbus, Rolls Royce and Siemens have teamed up to develop a hybrid-electric plane which the group hopes will be ready to fly in 2020. The collaboration will see one of four gas turbine engines in an aircraft replaced by a 2MW electric motor, with a view to swapping a second engine for an electric motor once system maturity has been proven. Airbus will be responsible for the overall project, while Rolls-Royce will deliver a turbo-shaft engine and power electronics, and Siemens, the inverter, the 2MW electric motors and their power electronic control units. Airbus’ chief technology officer Paul Eremenko said hybrid-electric propulsion was “a compelling technology for the future of aviation”. Earlier this year, EasyJet announced plans to deliver electric-powered airplanes within the next decade. (edie)

Co-op to sell food past its ‘best before’ date

British supermarket East of England Co-op will become the first major retailer to sell food beyond its “best before” date for just 10p in a bid to reduce food waste. Tinned goods and dried food which carry “best before” dates, rather than “use by” dates, will be included in the scheme, which will apply to the 125 East of England Co-op stores. According to the Food Standards Agency, the “best before” date is about quality, not safety, and food is safe to eat after this date. Roger Grosvenor, joint chief executive of East of England Co-op, said customers appreciated the opportunity to save money and that the majority of them “understand that items are fine to eat”. It comes as another supermarket chain, Aldi, also revealed its plans to redistribute its excess food products to charities on Christmas Eve. (Independent; BBC)