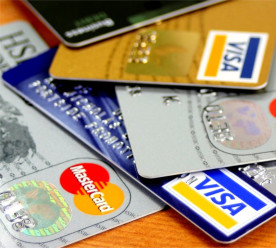 The IRRI Survey is open for voting between 1st and 30th November and IR & CSR directors of quoted companies are encouraged to respond. Vote here.
The survey:

Insurance company Aviva is offering equal parental leave for men and women in a move that is intended to eradicate career impediments for female staff. Parents employed by Aviva will be offered the same benefit of up to a year’s leave, with 26 weeks of basic full pay “regardless of gender, sexual orientation or how they became a parent”. Aviva is launching the policy in a handful of locations, including the UK, Ireland, France, Singapore and Canada, for those employees who became parents on or after 19 November, before extending it to its other businesses within the next year. The amount of time off and resulting pay could differ by country. UK staff will be offered up to 12 months off – half of which will be paid. (Guardian)

Last month Amazon announced it got 238 offers for it’s new, proposed 50,000-employee HQ2. Thirty bids have been made public, with Chicago making one of the most controversial offers to let Amazon keep $1.32 billion in income taxes paid by its own workers. However, most of the HQ2 bids offered more traditional deals. Chula Vista in California offered to give Amazon 85 acres of land for free and to excuse any property taxes on HQ2 for 30 years, at a value of $400 million. Boston has offered to set up an “Amazon Task Force” of city employees working on the company’s behalf. Some commentators fear that such offers to attract Amazon to new areas threatens to undermine democratic processes in local government. (Seattle Times)

Shell to work with carmakers on electric vehicle charging

Royal Dutch Shell has announced it will work with some of the world’s biggest carmakers to offer high-speed charging points for electric vehicles in 10 European countries. The Anglo-Dutch oil and gas group will partner with a charging network operator called Ionity, backed by Ford, BMW, Daimler and Volkswagen, to provide EV chargers at 80 of its biggest roadside filling stations. The deal is the latest in a series of moves by Shell to make money from the rise of EVs, in the face of the long-term threat they pose to demand for oil. Shell last month agreed to buy NewMotion, Europe’s largest electric charging points operator with a network of 80,000 sites. (Financial Times)*

Tesco tells Christmas temps they will get wages via prepaid cards

Supermarket giant Tesco has been accused of incurring unnecessary costs on its staff after telling some Christmas temporary workers their wages will be put on prepaid cards, which charge holders for cash withdrawals. Several temporary workers said they received letters telling them their wages would be paid onto a Tuxedo Card. The card, which uses the Mastercard payment system, has a £9.95 activation fee and a monthly fee of £4.99 (on some plans), as well as charging 50p for ATM withdrawals. Tesco said it only uses Tuxedo cards to pay its staff when there is no other alternative, but it is alleged that some employees had already given their bank details before receiving the cards. (Telegraph)

The Environmental Audit Committee (EAC) has launched a sweeping new inquiry into the government’s green finance strategy, which will look at multiple aspects of Minister’s plans to make the UK a ‘world leader’ in green finance. The new EAC will look at the UK’s future relationship with the European Investment Bank, which has been a major source of finance for green projects, how better reporting of climate risks can be encouraged, and whether the government’s green finance plans are ambitious enough given the need to mobilise billions of pounds in low carbon infrastructure in the coming years. The government recently made green finance a key component of its Clean Growth Strategy, vowing to support new green finance products including green ISAs and mortgages, and to play a key role in the global push for improved climate-related disclosure from listed firms. (Business Green)