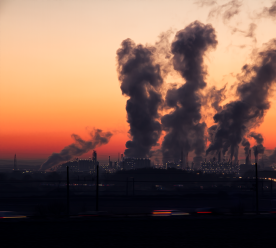 State Street to Work with Arabesque to Measure ESG Risks

Arabesque, the specialist sustainability asset manager, has announced an agreement to work with State Street, one of the world’s largest custody banks. The partnership with help State Street to integrate environmental, social, and governance (ESG) data into its service offerings through the use of Arabesque’s proprietary technology. State Street’s ESG Solutions business will offer Arabesque S-Ray™, an algorithm-based technology that analyses the sustainability performance of the world’s largest listed corporations using self-learning quantitative models and data scores. It works by systematically combining over 200 ESG metrics with news signals from over 50,000 sources across 15 languages. It is the first tool of its kind to rate companies on the ten principles of the United Nations Global Compact, which define the value system of a company, across the areas of : Human Rights, Labor Rights, the Environment, and Anti-Corruption (GC Score). (Arabesque)

HSBC may have broken European Union sanctions regulations by working with a Russian bank on the financing of a new coal-fired power plant in Vietnam, according to an investigation by Market Forces, an environmental group that campaigns against the funding of fossil fuel power projects. The London-based global banking giant is the lead arranger and global coordinator for the financing of LongPhu1, a 1,200 megawatt coal-fired power station that is also being funded by Russian development bank Vnesheconombank. By working with the Russian entity, HSBC is in breach of sanctions put into place by the EU after Russia annexed Crimea from Ukraine in 2014, Market Forces has claimed. Meanwhile, HSBC has just announced a new sustainable financing initiative that includes a pledge to discontinue the financing of new coal-fired power plants and denies the allegations. (Eco-Business)

The London Metal Exchange (LME) has launched an investigation into whether cobalt mined by child labour is trading on its exchange. Members of the LME raised concerns this summer that the rechargeable battery material may have come from mines in the Democratic Republic of Congo accused of employing children. The concerns arose when metal produced by Yantai Cash Industrial, a Shandong-based producer, appeared on the exchange. LME has since sent a directive to all suppliers asking them to detail how they guarantee “responsible sourcing” of commodities traded on the exchange. Groups such as Amnesty International say children as young as seven are mining cobalt by hand in the DRC, one of the world’s poorest countries. (Financial Times)*

Britain’s biggest water and wastewater services company, which has not paid corporation tax in the UK for the past 10 years, is to launch a review of the business, including closing the company’s controversial Cayman Islands subsidiaries. Thames Water said it had been able to defer corporation tax because of its capital investment programme, including a £4.2bn, 15-mile sewer under the Thames. Thames Water said there was no tax advantage from its two Cayman subsidiaries, but accepts that “it just looks wrong”. (Guardian)

Millions of people running small-time oil palm plantations will suffer if the European Parliament goes ahead with “unfair” measures that could curb palm oil use, the world’s two largest palm oil producers said on Wednesday. In April, the European Parliament backed calls for grater vetting of palm and other vegetable oils used in biofuels to prevent the European Union’s renewable transport targets for post-2020 leading to deforestation. Malaysia’s Prime Minister Najib Razak and Indonesian President Joko Widodo said the resolution by the European Parliament singles out palm oil and that restricting market access for palm oil would work against the United Nations’ goal of eradicating poverty and raising income levels. The European Parliament’s resolution calls for a single Certified Sustainable Palm Oil (CSPO) scheme for Europe-bound palm and other vegetable oil exports to ensure they are produced in an environmentally sustainable way. (Reuters)