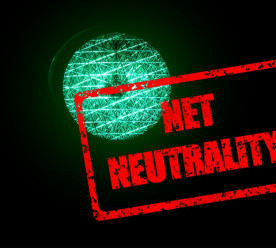 Our London office is recruiting!

We’re advertising for a socio-economic impact specialist and community manager, as well as our sustainability internship and graduate schemes. Click here for more details.

Internet companies that legally avoid taxes by shifting profits overseas face being taxed on royalties on UK sales in a move dubbed the “Google tax”. The measure, predicted to raise about £200m a year, forms part of the government’s latest package to tackle tax avoidance and evasion, which the chancellor predicted would raise a total of £4.8bn by 2022-23. The move comes after international criticism of the taxes paid by huge digital businesses such as Google and Amazon, which route their profits through low-tax states. The announcement comes as Italy also takes aim at tax avoidance by tech companies, putting forward plans for a so-called “web tax” on internet services.” (Guardian)

The defeated candidate in France’s presidential elections in May, Marine Le Pen, told a press conference she believed her FN party had been deliberately cut off from financing as part of a “banking fatwa” against the far-right. “After being the victim of massive judicial persecution, we are witnessing a new stage in the persecution of the National Front — banishment from banking,” she said at a press conference. Le Pen said she would take HSBC and Societe Generale to court for discrimination after they moved to close her personal and party accounts. The FN party has been asked by Societe Generale, France’s third-largest bank by total assets, to close its accounts. In a statement, the bank said its decisions to open or close an account depended “purely on banking reasons” and “without taking into account any political consideration.” (Deutsche Welt)

CDP: Inaction on deforestation is putting $941B at risk

According to a new CDP report: From Risk to Revenue: The Investment Opportunity in Addressing Corporate Deforestation, up to $941 billion of turnover in publicly listed companies is dependent on commodities linked to deforestation. A third of the companies surveyed are already experiencing impacts linked to deforestation, such as a disruption of supply and increased costs. Despite this, more than one in three companies do not assign their boards with responsibility for addressing deforestation. What’s more, only 13 percent have made a time-bound, comprehensive commitment to zero deforestation. Inaction has considerable consequences for investors, who stand to lose millions if companies continue to deploy unsustainable production practices. Yet, less than a quarter of the 838 companies approached on behalf of investors this year responded to their information request, leaving investors in the dark about the deforestation risks they may face. (Sustainable Brands)

Rollback of net neutrality has US small businesses worried

A proposal by the Federal Communications Commission would undo so-called net neutrality rules that barred high-speed internet service providers from adjusting website delivery speeds and charging customers extra for access. Existing rules classify high speed internet as a public utility with the goal being for all consumers to have equal access to all content on the internet. Without these rules small businesses fear they may not have a level digital playing field to compete against industry giants. In the United States, 99.7 percent of all businesses have fewer than 500 employees and more than a quarter of small firms said they planned to expand their e-commerce platforms in 2017. The existing regulations have heavyweights on both sides of the debate. Internet giants like Google and Amazon say that net neutrality preserves free speech; while telecom titans like AT&T and Verizon warn that the existing rules put a chokehold on free-market commerce. (New York Times)*

London buses will soon be powered by coffee, thanks to a new collaboration between Shell and clean technology company Bio-bean. The partners will use spent coffee grounds to produce a new B20 biofuel, which will be used to fuel some of London’s buses. The move will help the city reduce its emissions and tackle its serious air pollution problem. The average Londoner drinks 2.3 cups of coffee a day, which produces over 200,000 tons of waste a year, much of which would otherwise end in landfill with the potential to emit 126 million kg of CO2. Bio-bean works to collect some of these waste coffee grounds from high street chains and factories. This latest collaboration is part of Shell’s #makethefuture energy relay, which supports entrepreneurs turning energy innovations into a positive impact for communities around the world. (Sustainable Brands)