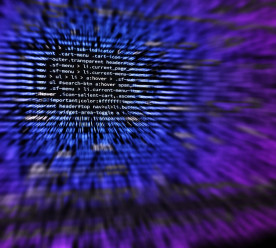 Sign up to our daily media briefing on your mobile. Just visit the following links to get started:

Uber has acknowledged that it concealed a massive global breach of the personal information of 57 million customers and drivers in October 2016. The taxi app company failed to notify the individuals affected and regulators. Uber also confirmed it had paid the hackers responsible for the breach $100,000 to delete the data and keep the breach quiet. “None of this should have happened, and I will not make excuses for it,” said Uber chief executive Dara Khosrowshahi, who joined the company in August 2017 following a string of scandals. The company’s failure to disclose the breach was “amateur hour”, said Chris Hoofnagle of the Berkeley Center for Law and Technology. Under various state laws, companies are required to notify those affected by breaches of personal information, and may be liable to class action lawsuits. (Guardian)

Facebook is still allowing people to post housing ads that illegally discriminate against certain ethnic groups or people with disabilities, according to a report by non-profit newsroom ProPublica. The organisation bought ads in Facebook’s housing category and was able to block groups including African Americans, people interested in wheelchair ramps, Jews, and Spanish speakers from seeing it. Most ads were approved within three minutes. Such discrimination is against the law under the Fair Housing Act. Facebook said it added new tools in February to prevent the issue, after a previous report in October 2016. “This was a failure in our enforcement and we’re disappointed that we fell short of our commitments,” said Ami Vora, VP of product management, in a statement. (CNBC)

Apple’s main supplier in Asia has been employing students illegally working overtime to assemble the iPhone X, as it struggles to catch up with demand after production delays, according to a Financial Times report. Six students told the paper they routinely worked 11-hour days assembling the phone. They said they were among a group of 3,000 students from Zhengzhou Urban Rail Transit School sent in September to work at the local facility run by Taiwan-based Apple supplier Hon Hai Precision Industry, better known as Foxconn. The students, aged 17 to 19, said they were told that a three-month stint at the factory was required “work experience” that they had to complete in order to graduate. Apple and Foxconn acknowledged the issue and said they were taking remedial action. (Financial Times)*

Russian communications agency Roskomnadzor has reportedly asked Google to clarify a statement from Alphabet executive chairman Eric Schmidt, who suggested the search engine would downrank results from government-funded media outlets Russia Today (RT) and Sputnik. “We’re well aware of this one, and we’re working on detecting this kind of scenario you’re describing, and again, de-ranking those kinds of sites,” said Schmidt, in answer to an audience question. US intelligence agencies have accused Sputnik and RT of spreading politically motivated misinformation and propaganda. A Google spokesperson clarified that Schmidt’s comments referred to general search ranking improvements that were announced in April, and that there were “no concrete plans to share” more about the process. Roskomnadzor head Alexander Zharov reportedly said he hoped the agency wouldn’t have to “resort to more serious” retaliation. (The Verge)

Ten of the 12 water companies in the UK have admitted they are still using the practice of water dowsing, despite the lack of scientific evidence for its effectiveness. The practice is regarded as a pseudoscience, after numerous studies showed it was no better than chance at finding water. The disclosure has prompted calls for the regulator to stop companies passing the cost of a discredited medieval practice on to their customers. The discovery was made by the science blogger Sally Le Page, after her parents reported seeing an engineer from Severn Trent “walking around holding two bent tent pegs to locate a pipe.” Le Page asked the other 11 water companies whether they were using water dowsing. Only one, Wessex Water, said it did not use divining rods. Nine companies including Southern Water, United Utilities and Severn Trent confirmed the practice was still used in some form in their areas. (Guardian)