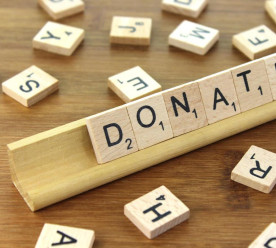 Our London office is recruiting!

We’re advertising for a socio-economic impact specialist and community manager, as well as our sustainability internship and graduate schemes. Click here for more details.

Rich people, foundations and companies in the UK donated a record £1.83 billion to charities last year. Of this, £1billion came from foundations, £511 million from companies and £313 million from individuals. The Million Pound Donors report by Coutts and researchers at the University of Kent found that 310 UK people and organisations made donations of £1 million or more last year – an increase from 189 ten years ago. However, the amount donated directly by individuals was half of that donated in 2007, with foundations and companies responsible for the overall increase. The report says that for companies, philanthropy “can help to create a competitive advantage by enhancing reputation and attracting the best employees, especially amongst millennials who may prefer to work for ‘good’ employers”. (Guardian)

International students, backpackers and migrants who travel to Australia to work in hospitality, cleaning services or fruit-picking are being chronically underpaid, new research has found. About a quarter of international students and a third of backpackers earn less than $12 an hour, which is half the legal minimum wage. Laurie Berg from the University of Technology in Sydney said international students and migrants form an overlooked working underclass. “Our national survey of over 4,000 people presents the first hard data showing that there is actually a large, silent underclass of invisible temporary workers in this country,” Dr Berg said. Tim Lo Surdo, director of advocacy group Democracy in Colour said it was time lawmakers tipped the balance of power in favour of workers.  “We need to see the criminalisation of wage theft, and we need to see real penalties to disincentivise this sort of behaviour.” (ABC)

The Adaptation Fund secured its future under the Paris Agreement and exceeded its 2017 fundraising target at the COP23 climate conference in Bonn last week. It was agreed that the Adaptation Fund will become one of the formal tools to meet the goals of the Paris climate accord – a decision needed to ensure the fund’s continuing existence. The Fund began operating a decade ago under the Kyoto Protocol and was created to help developing countries adapt to climate change. “This financial institution provides critical support to help developing countries manage climate impacts,” said Paula Caballero, head of the World Resources Institute climate programme, noting those impacts will intensify as the planet warms. The fund has allocated $462 million for projects and related activities in 73 developing countries, which are now benefiting nearly 5.5 million people directly. (Eco-Business)

Babies in Nigeria are twice as likely to die in the first month of life if their mothers were living near an oil spill before falling pregnant, researchers have found. A new study, the first to link environmental pollution with newborn and child mortality rates in the Niger Delta, shows that oil spills occurring within 10km of a mother’s place of residence doubled neonatal mortality rates and impaired the health of her surviving children. Even spills that happened five years before conception doubled the neonatal mortality rate, the data found. Regular, uncontrolled spills have been a prominent feature of Nigeria’s oil industry – the nation’s primary source of GDP – since crude was discovered there more than 60 years ago. An estimated 240,000 barrels of crude oil are spilled in the Niger Delta every year, polluting waterways, contaminating crops, and releasing toxic chemicals into the air. (Guardian)

Drug company Concordia overcharged the NHS by millions for a key thyroid treatment, the Competition and Markets Authority (CMA) has provisionally found. The CMA said that last year the NHS spent £34m on its drug, liothyronine, up from about £600,000 in 2006. The amount the NHS paid per pack rose from around £4.46 in 2007 to £258.19 by July 2017, an increase of almost 6,000%. Concordia said it did “not believe that competition law has been infringed”. The CMA said the price rise took place despite “broadly stable” production costs. Until earlier this year, Concordia was the only supplier of the drug. The CMA said it was one of a number of cases it was looking at within the pharmaceutical sector. Previously, the watchdog has fined drugs giant Pfizer and Flynn Pharma nearly £90m in relation to what it called “excessive and unfair prices” for the anti-epilepsy treatment, phenytoin sodium capsules. (BBC)