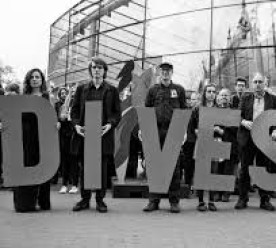 Richard Phillips explores what the recent sex abuse scandals of Westminster and Hollywood mean for companies of all sizes, and the need to take a closer look at internal culture. Read more here.

A report from the Unfriend Coal network, a global coalition of NGOs, shows around £15bn of assets worldwide have been shifted away from coal companies in the past two years, as concern over climate risk rises. A growing number of insurance companies increasingly affected by the consequences of climate change are selling holdings in coal companies and refusing to underwrite their operations. Zurich, the world’s seventh biggest insurer, is the latest to shift away from coal, announcing this week that it is pulling out of coal to contribute to broader efforts to achieve the Paris accord goal of keeping global warming below 2C. Allianz, Aviva and Axa have previously made similar moves. Lloyd’s and Swiss Re are expected to follow in the coming months. (Guardian)

KnowTheChain, a resource for businesses and investors to address forced labor risks within their supply chains, yesterday announced at the Thomson Reuters Trust Conference a strategic partnership with the Thomson Reuters Foundation. The aim is to increase the number of companies they will be benchmarking over the next three years and increase available information on supply chains and help industries understand the scope of current efforts to prevent and address forced labour. In 2018, 125 companies will be benchmarked, including Amazon, Tesco and Adidas. KnowTheChain and the Thomson Reuters Foundation are committed to helping companies eradicate forced labour, and the benchmark will be used as a toll to identify and share best practice. (KnowTheChain)

The UK Supreme Court has ruled that Scotland can set a minimum price for alcohol, rejecting a challenge by the Scotch Whisky Association. The Supreme Court judges said the legislation did not breach European Union law. A minimum price of 50p-pet-unit is expected to be introduced early next year, making Scotland the first country in the world to establish a minimum price per unit. The legislation was approved by the Scottish Parliament five years ago, but has been subject to a number of legal challenges. Ministers have said that the minimum pricing will help tackle Scotland’s ‘unhealthy relationship with drink’. (BBC)

Mellody Hobson says the time for corporate diversity is now

Mellody Hobson, president of Ariel Investments, says it is time for corporate America to stop trying to create workplace diversity, and that it is time to start doing it.  Mellody’s speech at the DealBook conference hosted by The New York Times last week was timely, given that only 6.4 percent of the chief executives of Fortune 500 companies are women, and only two are minorities: one Asian and one Hispanic. Of the four black chief executives, all are men. Kenneth Chenault, chairman and chief executive officer of American Express said that, “despite the depressing numbers that we see out there, the reality is that there are incredibly qualified people who can move into those positions. But you’ve got to put them into the pipeline.” Hobson highlighted that companies must be as intentional in promoting diversity as they are in promoting profits.  (New York Times)

Volkswagen will invest €10bn to develop new energy vehicles within China by 2025, its China head announced at the Guangzhou Auto Show today. The European carmaker will launch 40 vehicles, locally-produced in China. Production of electric vehicles will begin during the first half of next year with Volkswagen’s new joint venture partner, Anhui Jianghuai Automobile Group (JAC Motors). The move comes as China requires automakers to reach a certain production quota of electric vehicles next year in order to operate in the country. China has been pushing for low emissions vehicles and is planning an eventual ban on all petrol and diesel vehicles by 2040. (Financial Times)*