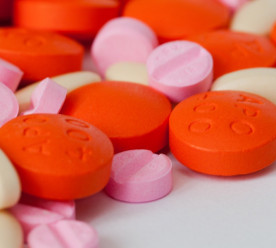 Most of the UK’s biggest supermarket chains are falling short on measures to reduce the use of antibiotics in the production of the meat and animal products they sell. Alliance to Save Our Antibiotics, a pressure group made up of several NGOs, identified Lidl as the worst-performing of nine supermarket chains, with no publicly-available policy. The overuse of antibiotics on farms is a major cause of the growing resistance in humans that is giving rise to superbugs, which pose a huge and growing threat to human health. Waitrose was ranked as the highest-performing supermarket, with a clear policy statement and strategy for reducing antibiotic use.  Marks & Spencer, Sainsbury’s and Tesco were ranked next. (Guardian)

The mayors of 25 cities have pledged to develop and begin implementing more ambitious climate action plans by 2020 to deliver emissions neutral and climate resilient cities by 2050. All are members of C40, a network of the world’s megacities committed to addressing climate change. The C40 member cities that have made the pledge are: Austin, Accra, Barcelona, Boston, Buenos Aires, Cape Town, Caracas, Copenhagen, Durban, London, Los Angeles, Melbourne, Mexico City, Milan, New York City, Oslo, Paris, Philadelphia, Portland, Quito, Rio de Janeiro, Salvador, Santiago, Stockholm and Vancouver. The plans will ensure the cities deliver on their share of emissions reductions required to realize the goals of the Paris Agreement. The plans will also demonstrate how each city will adapt and improve its resilience to climate-related crises and extreme weather events. (Sustainable Brands)

Consumer watchdog Which? has called on retailers to stop selling some popular toys it says have “proven” security issues. Hasbro and Vivid Imagination have come under fire for products including Furby Connect and the i-Que robot. Which? found that there was no authentication required between the toys and the devices they could link with via Bluetooth. The lack of authentication meant that, in theory, any device within physical range could link to the toy and take control or send messages. Hasbro said in a statement that it believed the results of the tests carried out for Which? had been achieved in very specific conditions. (BBC)

French minister turns up heat on EDF over shift to renewables

The French government is considering changing the governance of state-owned EDF to shift its focus from nuclear to renewable energy. Energy and Environment minister, Nicolas Hulot, said last week that France would aim to reduce the share of nuclear power from 75 to 50 per cent of total energy consumption by 2035, from 2025 previously. To meet this reduction, there are plans to close up to 35 of the 58 nuclear reactors it operates across France within the next 15 years. Whilst EDF has led France’s nuclear power industry and provided cheap, low-carbon power for decades, the company is struggling under heavy debt and cost overruns on nuclear reactor projects in France, Finland and the UK. (Financial Times*)