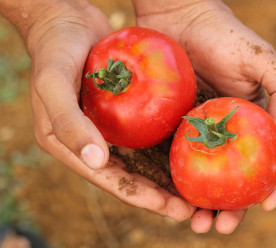 Up to 300,000 people with mental health problems leave their jobs each year in the UK, according to a new report for the UK government into how employers can better support mental health. The report was produced through consultation with academics, think tanks and employers, including Royal Mail, HSBC, Hogan Lovells and Legal & General. It reveals that poor mental health costs the UK economy up to £99 billion each year and estimates the cost to employers at £42 billion each year. The review makes 40 recommendations for how to support employees to remain at work, including creating a mental health at work plan, build mental health awareness and ensure employees have a healthy work-life balance. Companies have been encouraged to include a section on employee mental health in their annual reports, which only 11% of companies currently do. The report praises the insurer Aviva, which has appointed a senior executive as mental health champion, and provided training to line managers. (BBC)

Mutti and Conserve Italia, two of Italy’s biggest food companies, have been implicated in labour abuses of migrant workers picking tomatoes under “conditions of absolute exploitation”, according to court documents. Both companies supply major supermarkets with premium tinned tomatoes and passata. The case began with the death of Abdullah Muhammed, a 47-year-old legal Sudanese immigrant and father of two, who suffered a heart attack while working in the tomato fields in July 2015. The allegation against his employer was that Muhammed’s life could have been saved if he had been allowed to go to hospital. While the companies are not liable for the death, their link is significant. Labour abuses listed in the court documents include working for 12 hours a day, seven days a week, without breaks, with minimal pay and no access to medical staff. (Guardian)

Only a third of FTSE 50 companies have published an annual UK Tax Strategy as required by new government regulation, according to a new report by the Fair Tax Mark and the Local Authority Pension Fund Forum. Of those reporting, disclosure of the level of tax risk that the business is prepared to accept was frequently absent, as was clarity on tax planning motives. A few companies including Legal & General Group, Prudential, SSE and Vodafone Group led the way on tax transparency by not only implementing the legislation, but also voluntarily reporting on their approach to tax havens and their country-by-country results. Meg Hillier MP, Chair of the Public Accounts Committee, said the results were “incredibly disappointing” and urged companies to “publish fully [their tax arrangements] as soon as possible.” (Fair Tax Mark; Tax Research UK)

Multiple congressional committees are investigating a $300 million contract awarded to a small Montana company that was tapped to help restore Puerto Rico’s damaged power grid. The Puerto Rico Electric Power Authority awarded the contract to tiny Whitefish Energy Holdings to restore transmission and distribution lines damaged or destroyed during Hurricane Maria. The two-year-old company had just two full-time employees when the storm hit last month. In the House of Representatives, leaders of the natural resources and energy and commerce committees have sent letters seeking documents about the contract, saying circumstances surrounding the award raised troubling questions. Whitefish is based in the hometown of the US interior secretary, Ryan Zinke. The interior department has denied that Zinke played any role in the contract award. (Guardian)

Shareholders in Royal Dutch Shell and BP continue to face significant financial risk, new analysis by non-profit ShareAction has revealed, as both companies fail to comprehensively adapt their business models to succeed through the low-carbon transition. The reports recommend that shareholders escalate engagements with boards and management at both companies. While both companies have publicly committed to the Paris climate agreement, BP’s low-carbon investments constitute just 1.3% of its total capital expenditure, while Shell has pledged to invest 3% of annual capex in low-carbon solutions by 2020. (ShareAction)

UK pension schemes told to give more detail on investments

UK pension schemes should give more information to members about their investments and how much asset managers are charging them to run members’ money, according to new government proposals. Rachel Haworth, policy officer at ShareAction, said it supported the proposed changes, particularly those around better disclosure of the main investments being made on behalf of a scheme’s members. “It is right that these savers should be able to find out where and how their money is invested, since they bear the risks and costs of investment,” she said. (Reuters)