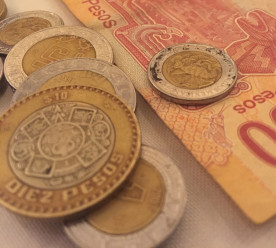 The BBC has apologised for an interview with the climate change denier Lord Lawson after admitting it had breached its own editorial guidelines for allowing him to claim that global temperatures have not risen in the past decade. The last three years have in fact seen successive global heat records broken. The Today programme rejected initial complaints from listeners, arguing that Lawson’s stance was “reflected by the current US administration” and that offering space to “dissenting voices” was an important aspect of impartiality. However, some listeners escalated their complaint and the BBC’s executive complaints unit now accepts the interview breached its guidelines on accuracy and impartiality. Bob Ward, the policy director of the Grantham research institute on climate change at the London School of Economics, welcomed the upholding of the complaint but said: “There needs to be a shift in BBC policy so that these news programmes value due accuracy as much as due impartiality.” (Guardian)

Fifteen out of 29 Singapore companies assessed by global climate disclosure analysis firm CDP have earned failing scores for their climate disclosures, with only four securing a B- grade and above. The highest grade attained was “A-“, which was awarded only to developer City Developments Limited and telco Singapore Telecommunications. Across the global survey, CDP found that more companies are stepping up their response to climate change and setting more ambitious targets. CDL’s chief sustainability officer, Esther An said that sustainability has become part and parcel of the group’s everyday work. “Sustainability has been integrated into CDL’s business and operations, and this has served as a strategic differentiator for our brand and products,” Ms An said. “CDL will continue to enhance our long-established sustainability strategy and best practices around carbon disclosure.” (Business Times)

Japan’s Unicharm, a manufacturer of disposable hygiene products, has developed technology that generates electricity from the waste water produced when recycling disposable diapers. The breakthrough comes amid company efforts to create a full recycling system for soiled diapers. The system can recover several hundred kilograms of high-quality pulp from 4 tons of used diapers while emitting 30% less greenhouse gases than incineration. Unicharm is currently testing the new technology before putting it into practical use. In an attempt at broadening its diaper recycling capabilities, Unicharm is also working on ways to collect used diapers in cooperation with local governments in Japan. The company partnered last year with Shibushi, a municipality in Kagoshima Prefecture, to establish a local diaper recycling system. (Nikkei Asian Review)

Jayne-Anne Gadhia, chief executive of Virgin Money, has warned that sexism is deeply embedded in the financial services industry, citing several examples of discrimination she has encountered in her 25-year career and calling out investment banks for failing to back a UK government charter to promote gender diversity. Ms Gadhia, who led a government review of women in financial services, did not name the investment banks, but they are understood to be Goldman Sachs and JPMorgan Chase.  Ms Gadhia’s report for the Treasury found that in a sector of more than 2m people, women occupy only 14 per cent of top jobs in UK finance. On average, women are paid 40 per cent less than men in the financial services sector, compared with 20 per cent in other sectors, according to the report. (Financial Times)

The Mexican Employers’ Federation said Monday (23rd Oct) that the minimum wage should be raised by 19 percent, to the equivalent of about $5 a day. Telecom magnate Carlos Slim, Mexico’s richest man, told a business conference that “what has to be done is to substantially increase people’s incomes.” He called for a larger, better-paid middle class to stimulate Mexico’s internal market. The issue of Mexican wages has become a sticking point in talks with the United States and Canada on the North American Free Trade Agreement because of accusations that Mexico has unfairly attracted industry by keeping wages low. The current minimum wage is $4.20 a day, or about 52 cents an hour. That is only about 7 percent of the $7.25 hourly minimum wage in the U.S. The Mexican employers’ group said its new $5-a-day proposed wage is needed to at least meet the minimum food, transportation and housing expenditures of one person. (ABC News)