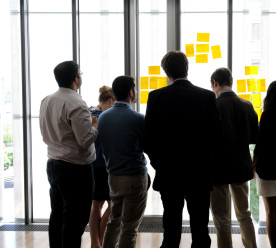 A Social Mobility Commission poll of nearly 5,000 people shows 72% would back a change in the law preventing companies from exploiting unpaid interns. The survey reveals 80% of people want to see a clampdown on nepotism – with businesses being made to openly advertise internships and work experience opportunities, rather than organise them through informal networks. Its results have been released ahead of a second reading of a private members’ bill in the House of Lords this week, which proposes a ban on unpaid work experience or internships lasting more than four weeks. The Social Mobility Commission, a government-sponsored independent body which monitors progress towards improving social mobility, has repeatedly called for action to be taken.  (Huffington Post)

Mayor Sadiq Khan’s £10 T-Charge, which mainly applies to diesel and petrol vehicles registered before 2006, has come into force in central London today. The measure is the latest attempt by Mr Khan to improve air quality in the capital and according to the mayor’s office, will impact 34,000 motorists a month. “Roughly speaking each year more than 9,000 Londoners die prematurely because of the poor quality air – children in our city whose lungs are underdeveloped, with adults who suffer from conditions such as asthma, dementia and strokes directly caused by poor quality air” said the mayor. City authorities in Birmingham, Leeds, Southampton, Derby and Nottingham have also been advised to impose charges for some polluting diesel vehicles by 2020. Opponents said the scheme would “disproportionately penalise London’s poorest drivers”. Sue Terpilowski, from the Federation of Small Businesses, said: “The introduction of the T-Charge, comes at a time when small and micro-businesses in London are already facing astonishingly high property, employment and logistics costs. (BBC)

Marks & Spencers, Sainsbury’s and Unilever are among a handful of FTSE 100 companies taking meaningful action to eradicate slavery from their supply chains, according to a new report from Business & Human Rights Resource Centre (BHRRC). While these leading companies are incorporating modern slavery into risk assessments, staff training and sourcing decisions, few businesses have taken the action the Modern Slavery Act is designed to encourage. Forty three of the top 100 listed companies were assessed as having failed to meet even the minimum requirements of the Act. The report, which builds on a similar one published last year, scores the companies on the extent of their disclosure under the 2015 Act and the level of action taken to eliminate slavery from their operations and supply chains. Companies are sorted into ten tiers (tier 10 the best performing, one the worst performing). Over half the companies appear in the bottom four tiers. Randgold Resources Limited, has not yet produced a statement despite the suggested deadline passing. (Business & Human Rights Resource Centre)

ANZ Bank has agreed to a last-minute deal with Australia’s corporate regulator to settle a federal court action over allegations the lender rigged the country’s benchmark interbank borrowing rate. The unexpected move puts pressure on National Australia Bank and Westpac to agree to similar settlements with the Australian Securities and Investments Commission to avert a high-stakes legal battle with the regulator. The high-profile case centres on allegations that traders working for the three banks manipulated Australia’s bank bill swap reference rate — the primary interest rate benchmark used to price commercial loans and financial instruments — for commercial gain. Speculation in Australian media has suggested settlements with the regulator could cost each bank A$60m-A$100m (US$47m-US$78m). (Financial Times)*

Global packaging firm Smurfit Kappa has pioneered innovative new trucks which are claimed to have slashed emissions by 20% and reduced the number of annual trips by almost one-third. Rolled out at the Piteå paper mill in Sweden, the vehicles can handle heavier loads and have increased capacity thanks to additional axles. Modified floors have enabled the vehicles to adapt to different loading systems, while best-in-class Euro 5 engines have contributed to the emissions reduction. Smurfit Kappa has also confirmed that ships in the supply chain have been made optimized by a €3m investment in technology that cleans the emissions of sulphur. Piteå paper mill chief executive Per Sward said: “We believe that through taking a sustainable approach to every aspect of our company, products and processes, we become more efficient. This is certainly true of the new logistics system.” In the upcoming weeks, Smurfit Kappa will also introduce a new HVO100 biofuel which it expects to reduce emissions by up to 90%. (Edie)