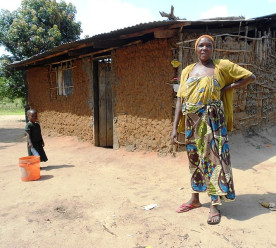 The chemical industry is failing to meet the Paris Agreement goals, according to a new report by CDP, which analysed 22 global chemical companies – including AkzoNobel, DuPont, BASF and Dow Chemical – across four key metrics aligned with the TCFD recommendations. The report reveals that rapid process innovations will be required to align with the 2-degree target, in addition to the current positive signs on R&D, emissions reduction and resource efficiency. Carole Ferguson, Head of Investor Research, said the research shows “a widespread lack of transparency and limited disclosure on how processes in particular are being improved”, especially as investors are increasingly “looking for all chemical companies to adjust their business strategies” in line with more ambitious targets. AkzoNobel was highlighted for its decarbonisation initiatives and as one of only two of the assessed companies with a science-based target. (Sustainable Brands)

The Rights and Resources Initiative (RRI) has launched a new $100 million initiative, ‘the International Land and Forest Tenure Facility’, with the aim of helping indigenous and local communities in rural areas secure rights to their traditional lands. With support from the Ford Foundation, the Norwegian and Swedish governments, the Climate and Land Use Alliance and Acacia, the initiative hopes to avoid the emissions of more than 500 million tons of CO2. Research shows that territories managed by indigenous peoples have lower deforestation and degradation rates, suggesting an effective climate change intervention. The initiative was launched alongside a new RRI report showing that the most common cause of land conflicts in Southeast Asia “is when companies and governments force communities from their customary lands” for private agriculture, mining, forestry and hydroelectric power investment projects. (Eco-Business)

Google uncovers Russian-bought ads on YouTube, Gmail and other platforms

Google has uncovered evidence that Russian operatives exploited the company’s platforms in an attempt to interfere in the 2016 US election. The company is looking at a set of ads that cost less than $100,000 and aimed to spread disinformation across Google’s products including YouTube and Gmail. Sources say the adverts do not appear to be from the same Kremlin-linked source that bought ads on Facebook, suggesting that both may be part of a broader Russian effort. Google stated the company “was taking a deeper look to investigate attempts to abuse [their] systems, working with researchers and other companies, and will provide assistance to ongoing inquiries”. Microsoft has announced it is also investigating whether any US election adverts were bought by Russians for its Bing search engine or other products. (Washington Post; BBC)

Ben & Jerry’s (B&J) has moved to cut all glyphosate-tainted ingredients from its production chain, after a new survey by Health Research Institute (HRI) found traces of the weedkiller in 13 out of 14 B&J tubs sampled in the UK, France, Germany and the Netherlands. A new B&J 100% certified organic dairy line will also launch next year. The company “will stop sourcing [ingredients] made with crops chemically dried using glyphosate” by 2020 and will “advocate for policies that would end use of glyphosate as a chemical drying agent.” First marketed by Monsanto as ‘RoundUp’, glyphosate has become one of the world’s most widely used herbicides. While the substance has received regulatory approval from several agencies, the World Health Organisation’s cancer wing has labelled it “probably carcinogenic to humans”.  (Guardian)

Coca-Cola European Partners (CCEP) has teamed up with the University of Reading to hand out micro-chipped refillable drinks bottles to students to support a more sustainable packaging system on campus. Students that purchase a refillable bottle, manufactured by Whirley-Drinks Works, during the 10 week trial will have access to more than 100 drinks from well-known brands, including a wider range of low and no calorie drinks options. The smart fountain dispensers will interact with the bottles’ micro-chip to help verify the payment and enable CCEP to track the popularity of each soft drink and how often the refillable bottles are used. The partnership is expected to cut 650,000 plastic bottled drinks used each year on the university’s campus. Already 1,500 refillable bottles have been provided to students in the first two weeks of the trial. (edie)