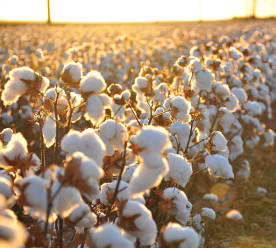 Food and agricultural company Cargill has updated its sustainable cocoa sourcing strategy to align with the aims of the Sustainable Development Goals (SDGs), adding five new 2030 goals. These include strengthening the socio-economic resilience of one million cocoa farmers by 2030, while eliminating child labour; working towards zero-deforestation; ensuring 100% farmer-to-plant traceability and 100% sustainable sourcing for cocoa bean and chocolate ingredients. Finally, it will enrol in collaborative partnerships to achieve a sector-level transformation – including the deforestation action plan announced alongside Mars, Nestlé, Hershey and others in March. Cargill’s ‘Cocoa Promise’ initiative works with almost 500 farmer organisations and cooperatives, and has so far provided more than 145,000 farmers with training, resources and market access to build sustainable growing practices. (edie)

Minnesota-based retailer Target has announced it will only source cotton from sustainable sources for its national brands in apparel, home products and other goods by 2022. To achieve its goal within the short 5-year timeframe, Target said that the company has been “actively working with and notifying vendors about the policy to allow them enough time to prepare for upcoming sourcing changes and requirements”. The firm says it is still working on developing the framework by which it will determine what “sustainable” cotton actually means, but has initially selected the Better Cotton Initiative and Cotton LEADS as its preferred programmes. (Triple Pundit)

Sixty percent of global biodiversity loss is down to meat-based diets which put huge strain on some of the world’s most vulnerable areas such as the Amazon, Congo Basin and the Himalayas, a new study from WWF has found. The vast scale of growing crops such as soy to rear chickens, pigs and other animals puts an enormous strain on natural resources leading to the wide-scale loss of land and species. With 23 billion chickens, turkeys, geese, ducks and guinea fowl on the planet – more than three per person – the biggest user of crop-based feed globally is poultry. The second largest, with 30% of the world’s feed in 2009, is the pig industry. If global demand for meat grows as expected, the report says, soy production would need to increase by nearly 80% by 2050. (Guardian)

As part of its long-standing collaboration with environmental initiative Parley for the Oceans, Adidas has updated one of its classic shoes from the 1990s with yarns made from waste plastic. The shoes now feature a two-tone upper, knitted from yarns made out of upcycled plastic waste collected from beaches and coastal communities in the Maldives. It is the first time that Adidas has used Parley ocean plastic to create a shoe from its Originals range. Decorated with wave-patterned stitching, the shoe’s heel counter is also made from recycled plastic, while the outsole is made from recycled rubber. The first Parley Ocean Plastic trainers were unveiled as a prototype during an event at the UN headquarters in July 2015. (Dezeen)

Solar power was the fastest-growing source of new energy worldwide last year, outstripping the growth in all other forms of power generation for the first time, the International Energy Agency (IEA) has announced. Renewable energy accounted for two-thirds of new power added to the world’s grids in 2016. The shift was driven by falling prices and government policies, particularly in China, which accounted for almost half the solar panels installed. The US ranked as the second fastest-growing market despite Donald Trump’s pledge to revive coal. The IEA predicts that solar will dominate future growth, and has revised upwards the amount of renewable energy capacity forecast globally in 2022. (Guardian)