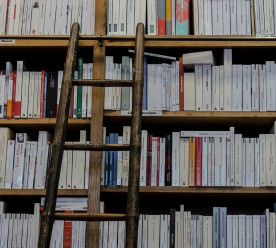 British bookshops pay 11 times the rate of corporation tax paid by Amazon, according to a report by the Centre for Economics and Business Research (CEBR) presented at the Booksellers Association. Each year, UK bookshops pay an estimated £12 million in corporation tax – or 91p for every £100 of turnover against 8p paid by Amazon. Amazon’s accounts showed a halving in the amount of corporation tax by Amazon UK Services, with a drop from £15.8 million in 2015 to £7.4 million last year. Bookshops contribute £1.9 billion to the economy, supports tens of thousands of jobs and pay about £130 million in tax overall. Giles Clifton, Head of Corporate Affairs at the Booksellers Association said he hoped that the report hope will “encourage [the UK] government to act to protect the nation’s bookshops and enable them to flourish”. (Times)

Major telecommunications and consumer goods firms have failed to capture financial value from strong environmental performance, according to a new report from CDP, Accenture and Hermes Investment Management.  The research found that four in 10 of these firms had still not quantified the potential value and that climate risks remained “poorly understood and under-quantified”. The report calls for businesses to identify opportunities for quick successes that can demonstrate robust financial and environmental value creation, and show investors a resilient business. Accenture Strategy managing director Justin Keeble said the findings showed “a huge missed opportunity” and that reporting is needed to “build investor trust […] and help ensure long-term profitability.” (edie)

Control Union, a global network of inspection operations and dedicated laboratories, in partnership with H&M has created a new tool to provide apparel companies with full visibility over their entire supply chains. The supply chain traceability and data service, CONNECTED, was designed to allow retailers, brand owners and producers to map their supply chains, track materials, monitor compliances and have access to a variety of supply chain data. The system includes traceability features for wood fibre cellulosic materials such as viscose in response to fashion brands looking to meet their CanopyStyle initiative commitments, such as not sourcing from endangered forests. Initial trainings have already been rolled out within some of H&M’s viscose suppliers and support centres have been established in all producing regions to engage suppliers, provide guidance in using the system and address technical issues. (Sustainable Brands)

In Switzerland, an industrial greenhouse is ripening aubergines and cherry tomatoes to perfection using waste energy and CO2. The facility, designed by Zurich-based start-up Climeworks, is recycling waste energy from a nearby refuse plant, and carbon dioxide from the world’s first commercial air capture plant to boost the crops’ photosynthesis and increase their yield, it hopes, by up to 20%. The firm says it will extract around 900 tonnes of CO2 a year from the air, and ultimately aims to prove that carbon dioxide can be recycled from the atmosphere and turned into something useful. If this installation is a success, Climeworks wants to sell its concentrated carbon dioxide to companies producing carbon-neutral hydrocarbon fuels. (Guardian)

Three women who worked at Google have filed complaints about the company over its salary practices, accusing the firm of systematically paying women less than men who do similar jobs. In the suit, the plaintiffs say Google knew or should have known about the pay disparity, but failed to take action to rectify it. One of the three plaintiffs said the company hired her as a Level 3 employee – a term for graduate software engineers – regardless of her four years of work experience. Soon after, Google hired a male engineer as a Level 4 employee, who also had graduated four years before. A second plaintiff said she was denied opportunities to gain status as a “technical” employee, despite having more than 10 years of experience as a network engineer and managing a Google team made up mostly of technical staff members. Women represent 31% of Google’s work force but hold only 20% of the company’s higher-paying engineering jobs. (NY Times)