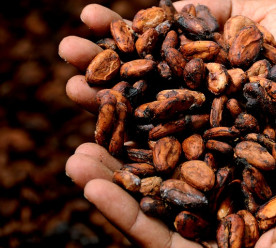 Over 100 investors with $1.8 trillion assets under management, including Candriam Investors Group and Hermes EOS, have called in a letter 62 CEOs of the world’s largest banks to enhance disclosure of their banks’ climate-related risks and how these are being managed. Coordinated by ShareAction and Boston Common Asset Management, the letter states that banks can critically ensure that finance flows are “consistent with a pathway towards [a]climate-resilient development”. With the recent recommendations of the Task Force on Climate-related Financial Disclosures (TCDF), “investors are seeking better disclosure from companies in sectors particularly exposed”, said Roland Bosch, Associate Director at Hermes EOS. However, the TCFD framework is voluntary and progress depends on investors’ pressures. A recent study estimates that the value at risk under business-as-usual scenarios may be equivalent to a reduction of between 5% and 20% in portfolio value in just over a decade. (ShareAction, Financial Times*)

The world’s chocolate industry is driving large scale deforestation in Ivory Coast, a Guardian investigation has revealed. Cocoa traders who sell to Mars, Nestlé, Mondelez and other big brands buy beans grown illegally inside protected areas where rainforest cover has decreased by more than 80% since 1960. Up to 70% of the world’s cocoa is produced in West Africa, with Ivory Coast and Ghana as the world’s biggest producers. According to the environmental group Mighty Earth, if no action is taken, no forest will be left by 2030 given the exponential global demand for chocolate. When approached for comment, Mars, Mondelez, Nestlé, and traders Cargill and Barry Callebaut did not deny the allegation of illegal deforestation and all said they were working hard to eliminate the “dirty beans” from their supply chains.

While many cocoa industry players have pledged to end deforestation, the state regulator for coffee and cocoa, Conseil Café Cacao, also holds responsibility to oversee the industry, the Guardian notes.  Although Conseil Café Cacao asserted its commitment to “good governance and ethics”, pointing to its ‘Cocoa, Friend of the Forest’ programme, the investigation found little evidence on the ground. Privately, activists have been warned not to touch cocoa, the backbone of the country’s economy. (Guardian)

Ahead of Climate Week, Mars’s M&Ms has launched a new consumer campaign called “Fans of Wind” to raise awareness around climate change – and what the company itself is doing to fight it. Berta de Pablos-Barbier, president of Mars Wrigley Confectionery US said the new campaign aimed to show that if even a small piece of chocolate can make a difference in fighting climate change, then each person has the power to make a difference. M&Ms says it is the first major food business to source all of its electricity for its U.S. operations from renewable sources, with wind farms in Texas and Scotland that source enough wind power needed to make all of the M&Ms in the world. Last week Mars pledged $1 billion announced a $1 billion investment into its new sustainability plan. (Fast Company)

Danone-owned bottled water brand Evian has unveiled its new production facility in France that will modernise how the company produces and transports its products, as part of a wider goal to become the first carbon-neutral Danone brand by 2020. The new facility, located near Evian-les-Bains, France, has been certified as carbon neutral by the Carbon Trust and can produce 72,000 100% recyclable bottles per hour, fully powered by renewable energy sources. Evian will also invest €280 million by 2020 in a production facility and in a catchment area to offset emissions from transportation. The company plans to work with 13 municipalities to convert 40,000 tonnes of organic waste annually in fertilizer for farmers and biogas to power households. Evian is the biggest brand in the bottled water category. (edie)

How US firms are defying Trump to boost renewable power demand

Cost savings are pushing US private sector towards clean energy and emissions reduction efforts, a new survey has found. In a poll of 94 executives from US companies, including 40 in the Fortune 500, energy research firm Smart Energy Decisions asked about their company’s energy practices, sources, decisions, and future goals. Carried out just days after Trump’s Paris Agreement decision, it found that 95% of organisations which had already purchased or were considering purchasing renewables were either maintaining (36%) or increasing (59%) their level of ambition on clean power. Of that same group, 70% had a renewables target, with nearly half of them having set a longer term goal of 100% energy from renewable sources. Michael Barry, member of the Renewable Energy Sourcing Initiative Steering Committee said the results showed that regardless the political climate, “organisations are realising the benefits of renewable energy investments” as it “make[s] economic sense”. (Business Green)

Image Source: Hands Cocoa by dghchocolatier at Pixabay at CC 0.