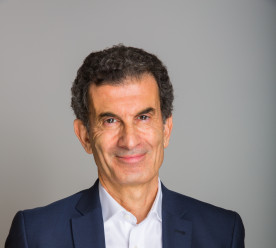 Robot Revolution: The impact of artificial intelligence on entrepreneurs and job prospects

Research from Young Enterprise suggests that young people are concerned about the impact of AI on their future job prospects. In this context, employability skills such as creativity and flexibility will become increasingly important writes Michael Mercieca.

Artificial intelligence (AI) and automation will dramatically transform the workplace and the world. Technology entrepreneur Elon Musk last week warned that “AI will be the best or worst thing ever for humanity, so let’s get it right.”

This future is on our doorstep – research from PwC has revealed that approximately 30% of UK jobs will be susceptible to automation from robotics and AI by the early 2030s, with automation most likely in sectors such as transport, manufacturing and retail. We must acknowledge the scale the challenges and opportunities created by AI and ensure the students of today are prepared.

Academic achievement alone will not enable young people to embrace the challenges of AI and succeed in the future world of work. Employability skills such as resilience, creativity and flexibility will be essential as future workers will be required to adapt to machines outperforming humans in more and more tasks.

In these turbulent times for young people entering the world of work we decided to give the next generation of entrepreneurs a voice. Young Enterprise surveyed 200 finalists from our flagship ‘Company Programme’, shortlisted from 20,000 entrants, to find out what they thought about AI and the robot revolution.

Our research also found the majority of ‘Company Programme’ finalists, some of the most entrepreneurial young people in the UK, are concerned that young people will be held back, when competing with machines for jobs, by a lack of basic core skills such as team work and problem solving.

Young Enterprise has been championing young people’s soft skills since 1962. These soft skills are increasingly important as students today will be likely to need to reinvent themselves multiple times throughout their careers as AI replaces existing jobs and creates new jobs, and to distinguish themselves from robots with honed soft skills.

Students also need to engage with employers to ensure they have a fully rounded CV and workplace skills. Through engagement with employers young people can become inspired about their future, raise their aspirations and unlock their potential. The benefits of employer engagement has been researched by Education and Employers who found students who undertake at least three school-mediated employer engagements are 85% less likely be NEET.

Young Enterprise programmes have been designed to compensate for a narrow focus on academic achievement in schools; programmes include ‘Company Programme’ which enables young people to set up a company for an academic year, or ‘Fiver’ and ‘Tenner’ where young people at primary and secondary levels create a new business with just £5 or £10 and compete to make the most profit and social impact over the course of a month.

We know these programmes work: a recent longitudinal study found 94% of Company Programme Alumni are in an Education, Employment or Training destination – 7% higher than the national average, this adds to a robust and growing body of evidence demonstrating the impact Company Programme has in developing young people’s key skills and unlocking their potential.

Businesses are increasingly conscious of the need for young people to develop employability skills. Sumanth Rao, Director International Finance at Delta Air Lines, a supporter of Young Enterprise’s ‘Company Programme’, comments: “The landscape in which young people work today is constantly evolving with technology at the forefront of that change as traditional roles become increasingly automated. It makes the investment in young people all the more important so they can develop their skills to meet the new work environment and ensure they leave education with hands-on experience, strong communication and people skills which are increasingly needed in the workplace today.”

Forward looking businesses are also helping prepare young people for a future where machines can outperform humans in an increasing number of tasks. Jeff Archambault, Corporate Citizenship, The Walt Disney Company EMEA, another supporter of Young Enterprise’s ‘Company Programme’, comments: “Creativity will always require the human touch and state-of-the-art technologies can deliver new, unexpected experiences. That’s why it’s important that the next generation is supported to be at ease with both exploring robotics and artificial intelligence as well as creativity to help inspire new ways of working in an ever changing world.”

In 1833, during the industrial revolution, the UK government made a bold step and gave financial assistance to schools for the first time. Similarly bold, major steps need to be taken, by government, by businesses and by schools, to ensure young people have the skills necessary to transform the AI revolution into the “best thing ever for humanity”.

Michael Mercieca is the Chief Executive of Young Enterprise.