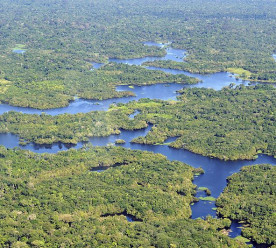 The Chilean Minister of Foreign Affairs, Heraldo Muñoz, presented President Michelle Bachelet with the National Action Plan of Business Human Rights in Chile. The purpose of this initiative is for the State to protect the human rights in relation with the activities of corporations. The Plan hopes to implement the three guiding principles of Business Human Rights in Chile. The plan is made up of 159 concrete commitments, co-constructed and adopted by 17 public institutions and other actors. Many of the initiatives seek to create documents, spaces of dialogue and training programs to strengthen the protection of the Human Rights in the Corporate Sector in Chile and link it to the Sustainable Development and the Sustainable Development Goals. (Business and Human Rights; Ministerio de Relaciones Exteriores de Chile)

Johnson & Johnson, the world’s largest healthcare company, has hit out at plans by the US state of Florida to execute a prisoner on death row using an experimental lethal injection containing a drug it invented. Janssen, a division of J&J, discovered etomidate in the 1960s but no longer makes the off-patent medicine, which is manufactured by several drugmakers. It is the first time that a drug connected to J&J has been used in a lethal injection and, as such, the company has not spoken out on the topic before. Florida has not disclosed which company made its supplies of etomidate, which is manufactured by several companies including Pfizer and Mylan. Maya Foa, director of charity Reprieve pharmaceutical companies were “clear that their drugs are for saving the lives of patients, not ending the lives of prisoners”. (Financial Times)*

A Cheshire-based firm Innospec Ltd is believed to be the last place on the planet that still makes tetraethyl lead, or TEL, which has been linked to an array of severe health problems, including premature death and brain damage. Greenpeace, which highlighted the firm’s continued production of the toxic additive, called for the UK Government to ban its sale, saying allowing the export of such a dangerous substance was “unacceptable”. TEL was banned in Europe and North America in 2000 following evidence that it causes damage to the brain and nervous system. “We need reassurance from the Government that it takes chemical and environmental regulations seriously – at home and abroad”, said Rebecca Newsom, a senior political advisor at Greenpeace. A spokesperson for Innospec, a subsidiary of a US firm, said it had been working with countries to phase out use of TEL in fuel and now only Algeria was left. (Independent)

Brazil’s government has abolished a vast national reserve in the Amazon to open up the area to mining. The 46,000 square km area is thought to be rich in gold, and other minerals. The mining and energy ministry says the protected forest areas and indigenous reserves will not be affected and the new measure will “attract new investments” and “always based on the precepts of sustainability”. But activists have voiced concern that these areas could be badly compromised. Maurício Voivodic, head of the conservation body WWF in Brazil, has warned that mining in the area would lead to deforestation, water scarcity and land conflict, with potential tensions in two indigenous reserves that are home to various ethnic communities. (BBC)

London’s Borough Market is to introduce free drinking water fountains as part of a new pledge to phase out sales of all single-use plastic bottles over the next six months. The renowned foodie haven is aiming to become the UK’s biggest food shopping destination that is entirely plastic-free.  The market aims to make all other packaging used by its 114 traders over the 51,272 sq ft site near London Bridge biodegradable and compostable, helping it to achieve zero waste to landfill. Its overall mission is to put every leftover piece of food or packaging to the best possible use. The market will also announce it is phasing out the sale of water in single-use plastic bottles and offering free drinking water from newly installed fountains instead. (Guardian)

Image Source: Aerial view of the Amazon Rainforest by CIAT at Wikimedia.CC 2.0.