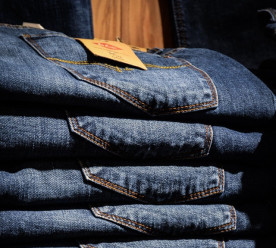 Coca-Cola, PespiCo and others agree to cap sugar in drinks in Singapore

Seven major drinks companies including Coca-Cola, PepsiCo and Nestle have agreed to limit the sugar content of drinks they sell in Singapore, following government’s calls to campaign to fight diabetes which affect one in nine Singaporeans. The seven firms had signed an industry pledge to remove by 2020 drinks that contain more than 12% sugar from their portfolios of sugar-sweetened beverages. According to market research firm Euromonitor, daily sugar intake per capita from soft drinks has risen since 2010 to 6.08 grams in Asia-Pacific in 2016, with Singapore at 11.99 grams. The other companies include F&N Foods, Malaysia Dairy Industries, Pokka and Yeo Hiap Seng, which all together make up 70% of pre-packaged sweetened drinks in the city-country. The decision comes as PepsiCo has been “transforming our portfolio to meet changing consumer needs”, the company said. James Quincey, chief executive of Coca-Cola, has pledged to cut sugar in more than 500 of its drinks globally this year. (Financial Times*; Reuters)

British retailer Marks &Spencer has launched a new range of sustainable denim that uses greener materials and requires less energy, water and chemicals to manufacture. The menswear range of denim jeans was developed in collaboration with sustainable jeans specialists Jeanologia and is now on sale in store and online. The jeans are made with responsibly sourced cotton, sustainable polyester thread and zip tape, and a biodegradeable leather patch. Producing jeans usually involves starting with an intensely coloured fabric and then using chemicals and hot water to wash the dye out to achieve the final effect, explained M&S Men’s denim buyer Paul Hoare and M&S Men’s denim designer Vipul Parmar. A standard pair of jeans requires 70 litres of water to produce, whereas the new jeans use 14 litres. (Business Green)

Exxon Mobil has been accused of downplaying publicly for decades what its own scientists were saying internally about climate change. A new study by two science history experts from Harvard matched hundreds of Exxon Mobil’s internal reports and peer-reviewed research papers with its public statements on climate change, especially paid “advertorials” the company placed in the op-ed section of the New York Times from 1972 through 2001. The authors concluded that Exxon Mobil systematically “misled non-scientific audiences about climate science”. The study may be especially timely as the company is under investigation over allegations of having lied to the public and investors about what it knew about the dangers of climate change. (LA Times)

The Victorian government has introduced legislation to enshrine its renewable energy targets in law. The premier, Daniel Andrews, announced the Victorian renewable energy targets (VRET) of 25% renewable energy by 2020 and 40% by 2025 in June 2016. The VRET will rely on a reverse auction to encourage the construction of new wind and solar projects in Victoria. The successful tenders are the 100 megawatt Bannerton Solar Park in north-west Victoria and a 38 megawatt solar farm at Numerka. Victoria has long been critical of the Turnbull government’s commitment to a clean energy target, which is due to expire in 2020. Financial modelling showed the VRET would reduce household electricity bills by $30 a year and drive a 16% reduction in greenhouse gas emissions by 2034. (Guardian)

The United Nations labour agency has launched a high-level body that will chart the course towards a future of decent and sustainable work opportunities for all. The Global Commission on the Future of Work will examine the future of work, in particular on the relationship between work and society, the challenge of creating decent jobs for all and the governance of work. The President of Mauritius and Sweden’s Prime Minister, co-chairs of the Commission, announced the 20 members reflected “a balance of geographical regions, of different discipline”, a “gender balance” and “representation of workers and employers”. In the run-up to the launch of the Commission, the ILO’s tripartite constituents – governments, employer and worker organizations – have held national dialogues in over 110 countries. Their outcome will feed into the independent report that will be submitted to the ILO’s Centenary Conference in 2019. (Eco-Business)