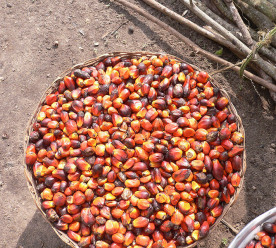 The Interfaith Center on Corporate Responsibility (ICCR) has announced it had reached an agreement with Ford, General Motors, Hormel, Marriott, Michael Kors who promised to promote ethical recruiting throughout their supply chains. The companies said they would adopt “no-fees” recruitment policies, which are crucial in reducing problems such as bonded labour, or the loss of identification documents. Unethical labour recruiters, especially those who bring workers cross-border for companies, have been notorious for charging desperate workers to help them find employment. The ICCR said the apparel, food and agriculture, automotive and hospitality industry were at high risk. Last year, the NGO KnowTheChain found only six major apparel companies to have instituted a “no-fees” recruitment policy. In May, the ICCR published a best practices guide on ethical hiring of migrant workers, which called companies to work with their suppliers to adopt new hiring practices. (Triple Pundit)

The Commonwealth Bank’s first climate policy statement has been criticised by environmental groups and led to a shareholder resolution to force the company to implement its stated commitment to the Paris Agreement. It comes as the bank faces court action from two shareholders over inadequate climate-risk disclosure and follows attacks over the bank’ status as Australia’s biggest lender to the fossil fuel industry. Despite its commitment to adopt the recommendations of the Taskforce on Climate-related Financial Disclosures and to decrease the greenhouse gas pollution caused by its lending and business activity, the Bank didn’t provide any plan or targets. Unlike the other big four banks in Australia, it also did not put limits on coal projects that it might lend to. Julien Vincent, Executive Director of Market Forces added that the announcement to finance $15bn of “low carbon” projects by 2025 has put the Bank significantly behind its competitors. (Guardian)

A new certification programme has launched to validate consumer products that make no use of palm oil, which has been blamed for fuelling deforestation in Asia. Set up by a group of women experts, the Palm Oil Free Certification Accreditation Programme (POFCAP) is now in operation in Australia and the UK following approval from the Australian Competition and Consumer Commission, IP Australia, and IPO UK. Fourteen other nations have applied to introduce the label. Australia-based eco cleaning products company Clean Conscience is the first to carry the label, and the group is working with a host of other companies on certification. Despite improvements to tackle deforestation, POFCAP said “only 17% of all palm oil used can be classed as ‘non-conflict’”. The scheme is based on extensive research and trusted methods to trace all potential palm oil and palm oil derivative ingredients of a product back to their source. (Business Green)

International development organization Solidaridad and QuizRR, an educational platform for suppliers and global buyers, have announced a new partnership to help create responsible and sustainable supply chains. The collaboration seeks to provide companies with operations in developing markets with the tools they often lack to develop functioning systems for workers’ rights, safety and health, and dialogue opportunities for negotiating living wages. Many factory employees are not aware of their rights and responsibilities, which create risks not only for them, but also for factory owners, sourcing companies and for the countries involved in global trade. QuizRR and Solidaridad are inviting global brands with headquarters in the Netherlands to join the initiative, as part of their goal to support the European textile industry to meet their sustainability commitments. “The collaboration between Solidaridad and QuizRR will take businesses beyond audit to integrated sustainable practices,” said Sofie Nordström, Founder and Deputy CEO at QuizRR. (Sustainable Brands)