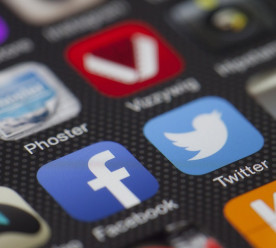 Software giant Salesforce, the largest employer in San Francisco, is switching two of its high-rise office buildings to 100% renewable wind and solar energy via a local community choice aggregation program. It is the largest business yet to opt into the non-profit ‘CleanPowerSF’ initiative introduced by the San Francisco Public Utilities Commission in 2016. Executive Vice President for Corporate Relations, Suzanne DiBianca, said the decision aimed at convincing other local employers and individuals to progressively switch to renewables and to show that this public-private partnership on climate goals “has a unique ability to create positive impact that extends to the surrounding communities and ecosystems”. Salesforce has set an internal price on emissions to make business decisions take this factor into account and in April announced it had achieved “net-zero greenhouse gas emissions”, by buying carbon credits equivalent to its operational footprint. (Business Green)

In protest, artist in Germany re-purposes hate speech from Twitter

Employees heading to work at Twitter’s offices in Hamburg have been greeted by a series of racist, homophobic and anti-Semitic slurs sprayed in chalk outside their front door. “Retweet if you hate Muslims,” one read in English. The graffiti was the work of an Israeli-German artist, Shahak Shapira, who took the slurs from “more than 300 tweets” he reported to Twitter over six months, most of which are still on the platform. He added that he “received only nine answers … stating there was no violation of Twitter’s rules”. Under a new law, starting in October, social media companies operating in Germany could face fines of up to €50 million if they do not respond to requests to remove illegal, racist or slanderous comments and posts within 24 hours of being notified. Mr. Shapira also reported about 150 similar examples of hate on Facebook, 80% of which were removed within three days, he said. (New York Times)

Abbot Point Bulk Coal, part of the giant Indian conglomerate Adani Group, has been fined by the Queensland, Australia government for its unauthorised release of coal-laden stormwater into the sea. The coal port operator could face a multimillion-dollar fine if found guilty of causing environmental harm. Adani had until 17 August to contest the fine in court, but has rejected the claims. Adani has also rejected claims by conservationists that coal-laden water contaminated the nearby Caley Valley wetlands and possibly coastal waters near the Great Barrier Reef marine park. The companies behind Adani’s expansion of Abbot Point are believed to be owned by Atulya Resources, an Adani family-linked company registered in the tax haven of the Cayman Islands. (Guardian)

A scientific research expedition funded by the tourism industry will undertake the first significant underwater study of remote sections of the Great Barrier Reef. Charlie Veron, known as the “godfather of coral” and former chief scientist at the Australian Institute of Marine Science, said having access to a vessel was invaluable, especially for researchers like him who are not affiliated with a university or government agency. Private tourism company Northern Escape Collection made the expedition possible by contributing $160,000 and allowing the use of a boat. The company’s Executive Director, Hayley Morris, said the company believed “the more information the public know, the more pressure will be put on politicians to take actions to protect it”. Non-profit Great Barrier Reef Legacy, which will launch the expedition, said it would report research results directly to the public, as well as through official scientific channels. (Guardian)

CCTV to be compulsory in all abattoirs in England

Slaughterhouses in England will have to install CCTV within the next year as part of government plans to monitor animal welfare. Food Standards Agency (FSA) vets will be able to ask to see footage of all areas where livestock are held. Slaughterhouses found to be failing welfare standards could face a criminal investigation or lose staff licences. The UK has “some of the highest animal welfare standards in the world” and the actions [set out today] will reinforce [its] status as a global leader”, said Environment Secretary Michael Gove. Currently, keepers of animals bred for meat must meet animal welfare laws and codes of practice, which will be updated to raise the standards for farm animals and domestic pets. FSA chairwoman Heather Hancock said CCTV was considered “as an invaluable management tool for business owners to help with compliance with official controls and to improve animal welfare standards across the industry”. (BBC)