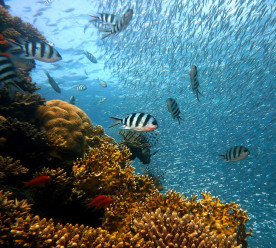 Energy executives have told Australian Prime Minister, Malcolm Turnbull, that policy uncertainty was exacerbating pressure over rising household power bills and added they were not interested in prolonging the lifespan of coal plants, like Liddell in New South Wales. Heads of Energy Australia, Origin Energy, AGL Snowy Hydro, Momentum Energy, Alinta Energy, Simply Energy and the Australian Energy Council shared their intention to reduce their exposure to climate risk. They also urged the government to respond fully to the recent Finkel review of the national electricity market, which modelled a clean energy target that would reduce electricity emissions by 28% on 2005 levels. Deputy Prime Minister, Barnaby Joyce, has however pushed for extending the life of coal plants as part of high-efficiency coal in the mix. Turnbull said the government was waiting for the Australian Energy Market Operator to provide more information about the amount of dispatchable power required to stabilise the grid after the departure of major coal plants. (Guardian)

BHP Billiton will build the world’s biggest nickel sulfate plant, as it looks to tap into what could be a game-changing new source of demand from the electric vehicle sector. The nickel division, which was facing closure a few years ago, will pump $US43.2 million into what is believed to be the biggest sulfate plant in the world, expected to produce 100,000 tonnes a year of nickel sulfate. BHP Nickel Chief Eddy Haegel said he believed that demand for batteries could account for about 90% of BHP’s nickel output within five or six years. While excitement around lithium-ion batteries and energy storage systems has already inspired a boom in lithium stocks, Mr Haegel noted that lithium-ion batteries included far more nickel than lithium. Importantly for Australian nickel sulphide producers like BHP, Western Areas and Independence Group, the nickel produced by the likes of The Philippines and Indonesia are generally not suitable for use in batteries. (Australian)

U.S. trade officials have agreed to investigate Qualcomm‘s allegations that Apple infringed on patents with its iPhone 7 and other devices, the U.S. International Trade Commission (ITC) has said. Early July, Qualcomm filed the complaint asking trade regulators to ban certain models of iPhones which contain broadband modem chips that help phones connect to wireless data networks nut were not made by Qualcomm. Apple began using chips made by Intel in the iPhone 7 – chips that Qualcomm believe to be used in a way that violates its patents. As the ITC considered whether to take up the case, a group representing Google, Amazon.com, Microsoft and Facebook sided with Apple last month, saying Qualcomm’s request would hurt consumers. Qualcomm accused the group of “a coordinated effort aimed at misdirecting” regulators and added Apple was free to buy other chips without necessarily infringing its patents. (Reuters)

A 40-mile stretch of Cancun’s coral reef, Mexico, will soon be the first in the world with its own insurance policy, piloted by The Nature Conservancy (TNC) and reinsurer Swiss Re AG, which will be activated in September. Local beachfront hotels and tourism organizations in Cancun and Puerto Morelos, which rely on the reef for tourism and storm protection, will collectively pay policy premiums – between $1 million and $7 million – feeding into Reef & Beach Resilience and Insurance fund to help protect the reef and surrounding businesses from climate change-related damage. The insurance payout, between $25 million and $70 million per year, will support reparation of the reef and beaches following natural disasters. TNC and Swiss Re plan to scale ecosystem insurance to other countries where natural assets provide business benefits and natural disaster protection. (GreenBiz)

Canadian supermarkets have become the first in the world to stock genetically modified fish, and around five tonnes of GM salmon have been sold in the country in recent months, a report of US-based-company AquaBounty Technologies has revealed. Its hybrid Atlantic salmon – which contains a gene from a Chinook salmon and a gene from the ocean pout – has fuelled a heated debate over transgenic animals as food. The salmon can grow twice as fast as conventionally farmed Atlantic salmons and requires 75% less feed, reducing its carbon footprint by up to 25 times, the company has claimed. A range of organisations from consumer rights groups to environmentalists have reinforce the call for mandatory labelling of GM foods in Canada. Two supermarket chains – IGA Quebec and Costco – have announced they will not stock GM salmon. Others welcomed the news, describing it as a breakthrough for a growing industry. (Guardian)