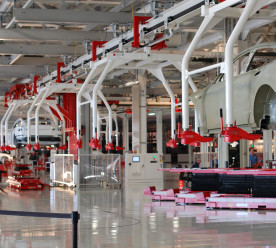 A new report has found male chief executives of the UK’s biggest publicly listed firms earn on average 77% more than their female counterparts, with an average of £4.7 million in 2016 compared with the £2.6m average for female bosses. The report by High Pay Centre and the Chartered Institute of Personnel and Development also highlights gender imbalances among chief executives, with 94 male versus just six females. The report also shows that average chief executives pay has fallen by 17% in the past year. Stefan Stern, director of the High Pay Centre, said: “We have finally seen a fall in executive pay this year, in the context of political pressure and in the spotlight of hostile public opinion.” However, he added it was “so far, a one-off”. The report advises firms to adopt the use of pay ratios to show the salary difference between chief executive and average employees. (Independent; BBC)

A report by international NGO Global Witness has prompted US retailers to halt the sale of wood flooring linked to illegal logging in Papua New Guinea (PNG). Based on a three-year investigation, the Stained Trade report found that timbers sourced through forced land grabs and clear-cutting of rainforests were being sold in the US through intermediary companies in China. US suppliers Home Legend and Nature Floorings announced they had started taking actions to review their sourcing procedures and suspend the products made from wood sourced from PNG. PNG is one the world’s largest exporters of tropical wood following a lease of 12% of its landmass to logging and palm oil interests between 2003 and 2011. The report added that the US, the largest buyer of wood products from China, has strict laws against buying illegal timber but a lack of similar laws in China meant illegal wood could pass through the country and into the US and Europe. (CIPS)

A new report has warned the six key UK energy suppliers that they must change their business practices if they are to thrive in the future. The report, by sustainability non-profit Forum for the Future and Friends Provident Foundation, draws on insights from six former utility company CEOs and energy ministers. It aims to warn investors that the old-world business model of centralised fossil fuel-based power stations and passive consumers is being rapidly undermined by a decentralised, renewable and people-led approach. Before the report launch, three of the contributors wrote an open letter urging the companies to mainstream smart energy services and local renewables. It follows figures showing that over 900,000 British homes and businesses are now generating their own renewable power, while the UK’s largest utility, Centrica, has lost 50% of its market value since 2013. “The future energy company will be a service company utilising the benefits of digitisation,” said Volker Beckers, former CEO of RWE npower. (Forum for the Future)

Ikea has partnered with renewable energy firm Solarcentury to launch a new domestic battery storage solution that could double households’ consumption capability, reducing electricity bills by up to 70%. The average UK household fitted with solar panels consumes just 40% of the renewable energy generated. Ikea’s Solar Battery Storage store allows them to store surplus renewable energy. According to Ikea, the new battery systems will generate £560 in benefits by improving household renewable energy use to 80%. Ikea’s UK & Ireland sustainability manager, Hege Saebjornsen, said the company is “looking for ways to help customers take positive actions at home for both the environment and their wallets”. (edie)

Employees at Tesla’s factory in Fremont, California, have been pushing for a union since difficult conditions and workplace injuries were reported by a production associate earlier this year. The Tesla Workers’ Organizing Committee, which is leading the unionisation efforts, claims that demands have remained unresolved despite approaching Tesla’s management. In its letter, the Committee calls for improved equipment and mechanisms to reduce workplace injuries. It also asks Tesla to stop using anti-union rhetoric or action, following charges that the company attempted to coerce employees into silence.  Tesla CEO Elon Musk originally called revelations about gruelling work conditions “disingenuous or outright false”, but has since told employees to report injuries directly to him. (Business Insider)