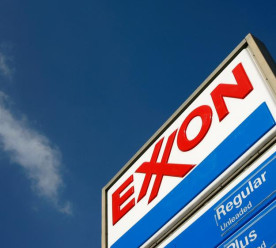 While international corporations like Microsoft, Apple, Google and Facebook are moving swiftly towards 100% renewable energy use, a new study by the Australian Renewable Energy Agency (ARENA) has found that Australian businesses are falling behind – therefore missing cost savings and business opportunities from environmentally conscious customers. The report found that out of the 92 largest public and private companies in the country, only 46% use renewable energy. Even renewable energy adopters don’t use much of it, usually making up 10% or less of their energy mix. Backed by a poll of 1,000 Australians, it found that 80% of consumers think big companies should be using renewable energy, and 76% of them would choose a product made with clean power over dirty. 40% per cent of them would even be willing to pay a price premium for this. (Eco-Business)

Green groups representing thousands of companies and high-profile investors have warned UK Prime Minister Theresa May that she risks undermining the country’s leadership on climate change without urgent action to clarify decarbonisation policies in light of Brexit. The letter was co-ordinated by the Prince of Wales’s Corporate Leaders Group, whose 23 members include GSK, Jaguar Land Rover, Sky and Unilever. It was also signed by groups including RenewableUK, the UK Green Building Council and the Institutional Investors Group on Climate Change. It follows criticism that May has failed to provide sufficient environmental protections in the government’s draft Repeal Bill. Green groups fear that Brexit could weaken some key environmental policies, while some businesses remain concerned that the regulatory, policy, and trade disruption may undermine investment in emerging clean technologies. (Business Green)

In a bid to deepen collaboration on common water challenges, Singapore’s national water agency PUB has signed memorandums of understanding (MOUs) with utilities in Saudi Arabia and Australia. The MOUs aim to boost knowledge sharing and build capacity in water recycling and R&D, notably in regards to desalination, energy reduction, leak detection and automated metering. They will also provide opportunities for staff exchanges, where employees can share their experience about the utility issues they face, and work to resolve common water challenges. Singapore’s Minister for the Environment and Water Resources, Masagos Zulkifli, said that in an increasingly thirsty world, it is important for nations to unite and work together on universal challenges to ensure an adequate and reliable supply of water. (Eco-Business)

The US Treasury Department has fined Exxon Mobil $2 million for violating sanctions that the United States imposed on Russia in 2014 while Rex W. Tillerson, now the secretary of state, was the oil company’s chief executive.  The violations involved the signing of legal documents related to oil and gas projects in Russia with Igor Sechin, the head of the Russian state oil company Rosneft. Although the penalty is relatively small for the Treasury and a blip on Exxon’s balance sheet, it shows that the Office of Foreign Assets Control refused to be intimidated by the new secretary of state, said former official of the Treasury. After the Obama Administration administered the sanctions, Tillerson allegedly visited the White House several times but the sanctions were not lifted. (LA Times; NY Times)

Humans have produced 8.3 billion tonnes of plastic since the 1950s – equivalent in weight to one billion elephants – with the majority ending up in landfill or polluting the world’s continents and oceans, according to a new report by US academics. This first global analysis of all mass-produced plastics determined that growth in plastic production has been largely driven by packaging and the rise of single-use containers, wrapping and bottles. It found some of the only materials to outstrip plastic production over the past 70 years are used in the construction sector, such as steel and cement. The findings also show that in 2015, of the nearly seven billion tonnes of plastic waste generated, only 9% was recycled, 12% incinerated, and 79% accumulated in landfills or the environment. (edie)